You're on JEOPARDY! It's the final question, and you've bet all your winnings.  Quick!

“This spice is common to Ethiopian, Thai, Spanish, Indian, Mexican, and Greek cuisine.”

Did you get it right?

You did, if you said, “What is Coriander/Cilantro?”

All of these diverse cultures use coriander/cilantro in their cooking.  North Americans alone make the distinction between the seed and the plant.  Other parts of the world call the plant and the seed coriander.  For North Americans, coriander is the seed or fruit of cilantro.  This fruit is actually two seeds in a crispy jacket.  The seeds are considered to be the spice.  Cilantro – the leaves and stems - fall in the herb category.  Every part of the plant is edible.  Cilantro, Coriandrum sativum, is related to parsley, and both are related to carrots.

Have you ever stood in front of the fresh herbs at the grocery store trying to figure out which bunch of green leaves is the flat leaf parsley and which is the cilantro?  Without tasting a leaf or smashing your nose into the bunch for a good sniff, it's pretty difficult.  Look closely at the leaves.  If the leaves are pointy on the ends, it's parsley.  If the leaves are rounded, it's cilantro.

Of course, you could always pop a leaf in your mouth and make the distinction. Or could you?  Up to 14% of people possess the olfactory (smell) receptor gene OR6A2 that causes them to taste cilantro the same as soap.  The culprit is aldehydes - found in cilantro and also in soap.  I, fortunately, do not possess this gene.  I love the taste of coriander, a little peppery and a little citrusy.

The history of Coriander goes far into the past.  Coriander seeds dating back 8000 years were found in the hills near the Dead Sea in 1983.  King Tut's tomb contained coriander seeds for the afterlife.  Hippocrates used it for medicine. During the Middle Ages, it was used together with wine as an aphrodisiac.  Today the herb/spice is grown worldwide as an annual and used to flavor food of all types.

I have tried planting the herb outdoors in the spring, but our summer heat caused it to bolt almost as soon as it was tall enough to start harvesting some of the leaves.  The trick is to plant it in a container and place it in a sunny window indoors.  Use packaged seed.  The bottled coriander seed has been dried.  Pick the exterior plant leaves when the plant reaches about 8 inches and leave the inner part of the plant for future growth and harvesting.  You can also leave some of the plant to produce coriander seeds as desired.

Or you can go to the market, stare at the bunches of herbs, search for the rounded leaf edges, take the bunch home, and then add some to your exotic culinary masterpieces.  Did you pick the right bunch? 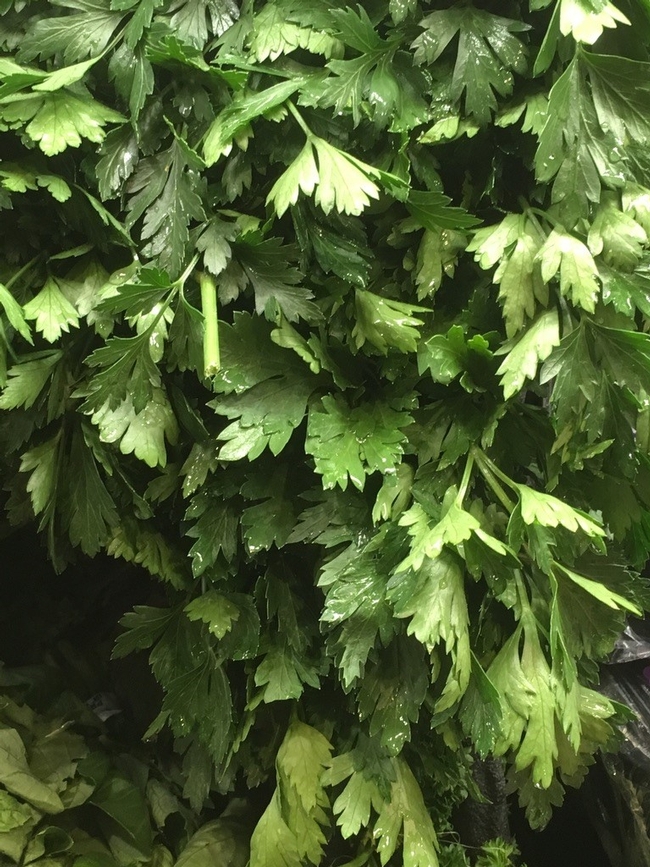 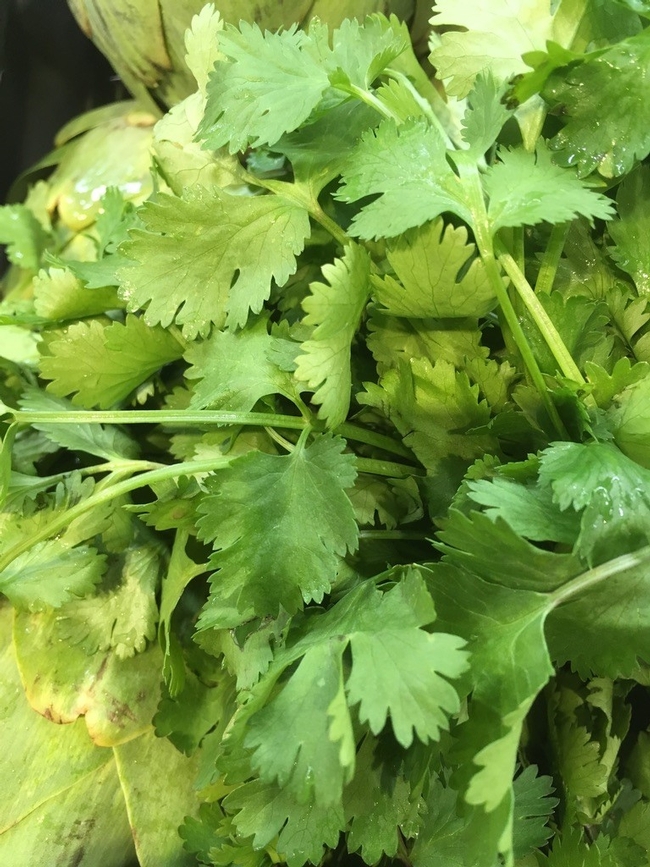