Four years ago, a multi-state outbreak of E. coli O157:H7 in fresh baby spinach gripped the nation. Nearly 200 people in 26 states came down with the disease. Two elderly women and a 2-year-old boy died.

The outbreak was also devastating for the industry. The contaminated spinach was traced back to Central California, where growers produce 80 percent of the nation’s leafy greens. Scientists, farmers and regulators worked together to restore public confidence in products that are widely considered part of a healthy diet.  Regulators and farmers created the California Leafy Green Marketing Agreement to establish a culture of food safety on leafy greens farms and researchers worked to close gaps in the body of scientific knowledge about the sources of E. coli O157:H7 in the region.

In 2006, UC and USDA researchers were already designing a four-year study of the possible sources of E. coli O157:H7 near Central California fresh produce fields when the high-profile spinach outbreak occurred. This month, data collection from rangeland and farmland, steams and irrigation canals comes to a close. The team of scientists is now analyzing the data to reach conclusions that will help prevent future food contamination.

Preliminary results reflect a diversity of E. coli O157:H7 carriers near Central Coast farms, according to Edward (Rob) Atwill, a UC Davis School of Veterinary Medicine specialist in waterborne infectious diseases and co-principal investigator of the study. Early on, free-ranging feral swine were implicated as carriers of the deadly bacteria, but it wasn’t known whether there were other sources in the environment. The researchers collected 1,233 samples of wild and feral animal scat from 38 Central Coast cattle ranches and leafy greens farms that were adjacent to riparian, annual grassland and oak woodland habitat. Eighteen of the samples were found to contain E. coli O157:H7.

The scientists found the bacteria in

E. coli O157:H7 was not found in scat samples from deer, opossums, raccoons, skunks, ground squirrels, or other bird and mouse species.

“Our goal over the next nine months is to finish analyzing this very large and comprehensive dataset and to identify various good agricultural practices that reduce the risk of foodborne pathogens for the produce industry,” Atwill said. 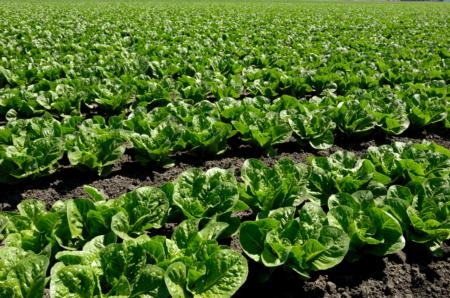