The tachinid fly lays its eggs in caterpillars. This is female of the Peleteria species. The genus is characterized by two prominent setae in front of the lower part of the eye. (Photo by Kathy Keatley Garvey)
It promises to be an educational and entertaining event: Parasites coupled with a  Halloween theme.

The Bohart Museum of Entomology is hosting its annual "Parasitoid Palooza" from 1 to 4 p.m., Saturday, Oct.19. 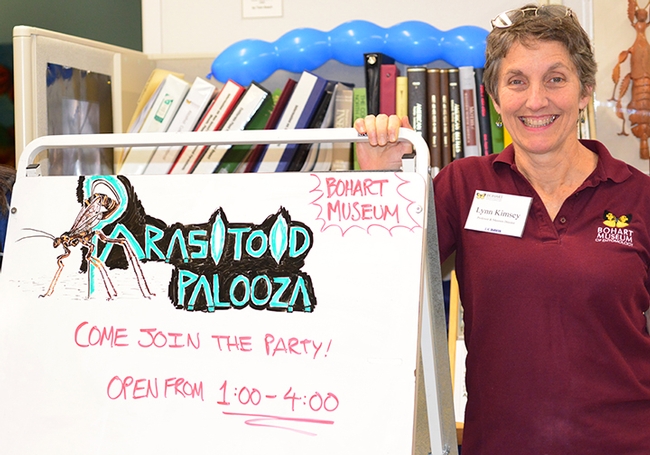 Lynn Kimsey, director of the Bohart Museum of Entomology, stands by a Parasitoid Palooza sign. (Photo by Kathy Keatley Garvey) 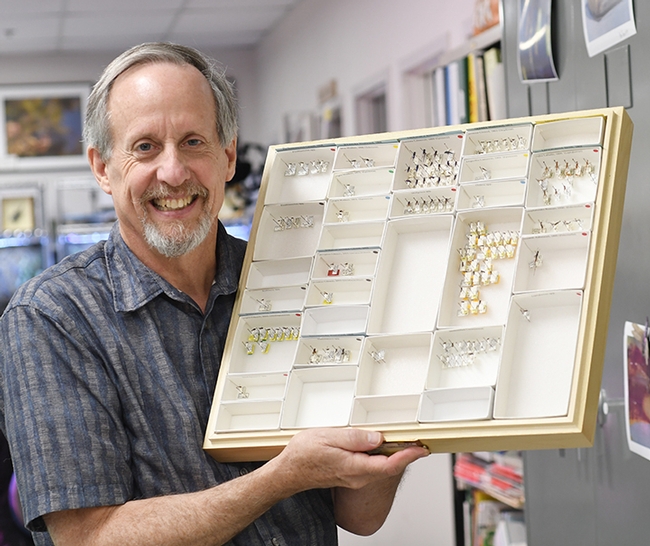