It's Veterans' Day, and after paying tribute to the military veterans (my ancestors have fought in all of our nation's wars, dating back to the American Revolution--and my other half is a U.S. Air Force veteran), I slip out the back door to our pollinator garden to see where the insect action is.

Honey bees and a sole carpenter bee are buzzing on the African blue basil; Gulf Fritillaries are nectaring on the Mexican sunflower (Tithonia); and a cabbage white butterfly is sipping nectar from the Lantana.

But the passionflower vine (Passiflora) steals the show. A Gulf Fritillary has just eclosed from a chrysalis that resembles a  thick wad of gum chewed up and spit out and left to mummify; several male Gulf Frits are fluttering around in search of females; and the offspring of previous reunions are crawling on the stems and munching what's left of the leaves.

Overhead, the California scrub jays glance down, as if trying to decide on their luncheon menu: a fat juicy caterpillar or the  bird seed scattered in the feeder.

Their choice is clear. They forsake the fat juicy caterpillars for the bird seed. Tomorrow morning, however, there will be  several caterpillars missing in action. 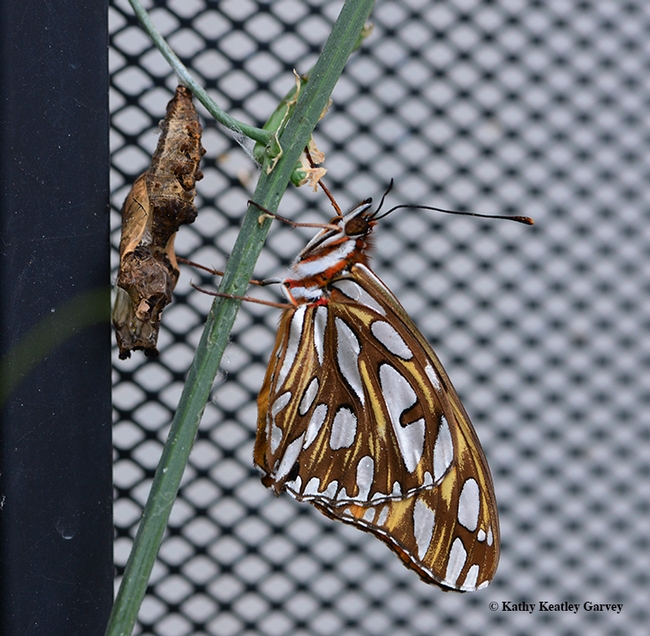 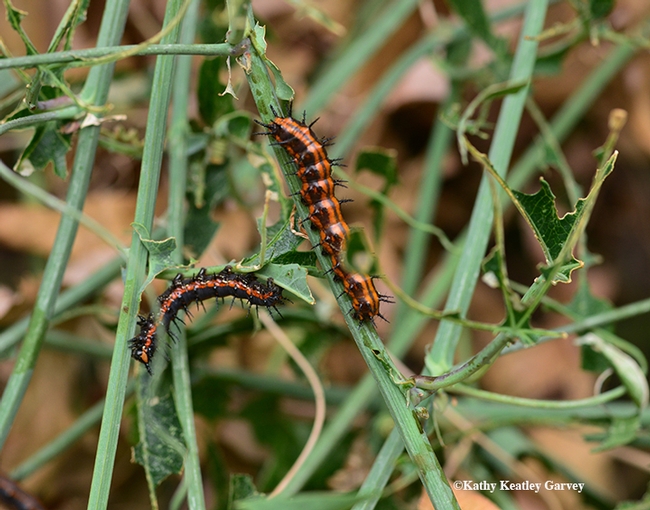 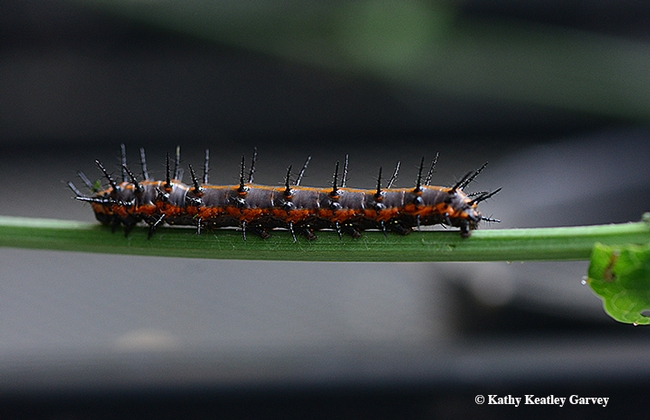