Jason Bond, professor and the Schlinger Chair in Insect Systematics, UC Davis Department of Entomology and Nematology. (Photo by Kathy Keatley Garvey)
Trapdoor spiders can hide, but not for long. 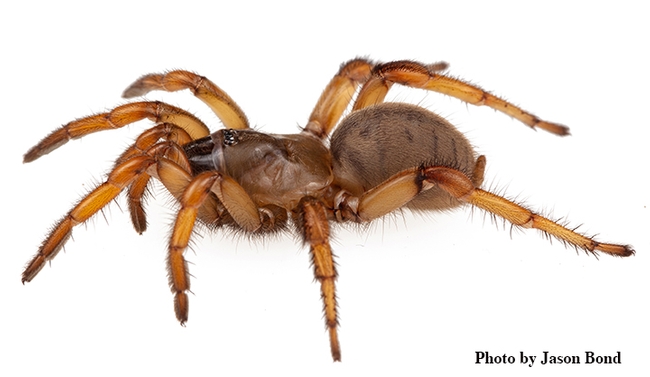