What would you think if someone told you that they were fighting for a “share” of your stomach?  Bring to mind organ harvesting? Invasion? Theft?

I first heard this term a month ago when I took part in a gathering of food experts. Someone recalled recently overhearing soda company executives brainstorming how they could increase what they referred to as “stomach share.” They were seeking to expand their product lines (from sodas, to juices, waters, and exercise drinks) to make sure that whenever someone drank a beverage, any beverage, it was theirs. What was particularly disturbing, he recalled, was how little the consumer figured in the equation. The goal was to get product into stomach, as often as possible.

The story reminded me of another phrase I’d come across in my research for my book Empty Pleasures — “prosperity stomach.” Coined in 1966 by Henry Schacht, an executive from a diet-food company, and mentioned in his talk that year to newspaper editors called ‘How to Succeed in Business without Getting Fat,” the phrase referred to a troubling problem faced by the food industry. Because people (at least the middle class) did less manual labor and could easily (and cheaply) purchase abundant food, they had begun to worry about weight gain — and count calories. This was causing sales to decrease, and, in turn lowering the profits for food companies and marketers. Schacht’s answer? Diet Foods. By developing more foods with fewer calories, the industry could sell more by promoting it as less.

“Stomach share” and “prosperity stomach” — terms invented nearly 50 years apart — remind us that there are real reasons why it is so difficult to consume only when we are hungry.  Given their resonance, the wonder is not that our stomachs have expanded, it’s that they have not expanded even further. 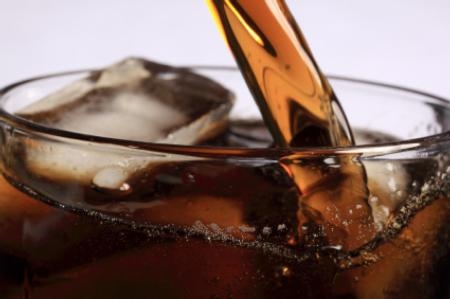