Hey everybody, Mark here.  Sometimes it's good to go back and review the basics on a problem, and Dr. Artyom Kopp from UC Davis, an expert on vinegar flies, including of course spotted wing drosophila, offered up the post below.  After reviewing the basics with us, he also digs deeper on biological control and then some discussion of a transgenic tool, called gene drive.  Give it a bite when you have the time, it's a valuable read.

SWD is one of ~3000 species of Drosophila and related genera. The name comes from a black spot on its wings (Figure 1) – only in males, though; females do not have wing spots (males use the spot to impress females during their courtship dance). The scientific name is Drosophila suzukii. “Spotted-wing Drosophila” is not a great name, since dozens of other Drosophila species have wing spots, including some that are native to North America. Those other species are not interested in fruit, though, so there's nothing to worry about from them.

Where is it from, and where is it causing problems?

SWD is native to East Asia (Japan, Korea, and China), and was described as a pest of cherry crops in Japan in the 1930s. It has been established in Hawaii since the 1980s, where it is found in large numbers on guava and other fruit. A large-scale invasion of this species into North America and Europe began about 12-13 ago. In California, the first D. suzukii were collected in 2008, and by 2009-2010 they were a major problem in California, Oregon, Washington, and Florida. They have also been causing significant damage in Europe since 2008-2009, and in South America since at least 2013-2015.

We can use the methods of population genetics to identify the likely geographic origins of invasive populations by sequencing their genomes and tracking their genetic variation. It appears that both American and European invasions originate from multiple introductions. The West Coast population, in particular, most likely comes from a mix of Chinese and Hawaiian sources (in turn, the Hawaiian population of D. suzukii seems to have originated in Japan). The invasive populations in Europe appear to have come from a different part of China, but also contain some admixture from the US West Coast population. There even seems to be a secondary movement from the US back into Asia. Given how quickly and widely this species has spread, it is almost certain that its movement was facilitated by trade in agricultural crops.

Why does it infest intact fruit?

Because it can, and because it wants to. The “can” part is anatomy. Most Drosophila species could not lay an egg inside intact fruit even if they wanted to – they have small, rounded ovipositors that cannot pierce the skin of even the softest berries. Instead, they lay eggs on exposed surfaces of damaged fruit, and the larvae burrow into the already rotting fruit. D. suzukii has a larger, harder, more pointed and serrated ovipositor (Figure 2) that it uses to make holes in intact fruit skin. With some effort, they can even pierce grapes, though they don't find it easy. The “wants to” part is neurobiology and behavior. The sensory and nervous systems of D. suzukii differ from its closest relatives. All Drosophila species use a mix of sensory cues to identify places suitable for egg-laying. They smell with their antennae, taste with their legs and mouthparts, and measure surface hardness with their ovipositors. Most species are not attracted to the smell of healthy fruit – decomposing fruit is far more attractive to them. They are also repulsed by hard substrates. D. suzukii, however, prefers the smell of intact fruit, and does not mind hard surfaces.

Are all the flies hatching from my fruit SWD?

Almost certainly not. Once D. suzukii damages the fruit by opening the skin, it becomes accessible to other Drosophila species such as D. melanogaster, D. simulans, and D. hydei. These species are more abundant, more prolific, faster-developing, and more heat-tolerant than D. suzukii, so they tend to out-breed it once it provides them with access to the fruit. Most flies hatching from your fruit are probably those other species, but it was likely D. suzukii that let them in there.

Why is this species difficult to control?

The easiest species to eradicate are ecological specialists that use only a single host plant. Prevent their access to that plant, and you've won the battle. SWD, however, evolved from an ancestor that was an ecological generalist, and still retains much of that heritage. They like a wide variety of fruit and berry crops, but they can also infest non-crop, wild and ornamental plants. One study in Europe recorded D. suzukii from 84 different species of non-crop plants, belonging to 19 plant families. It can also breed in rotting fruit and other plant matter like “normal” Drosophila species. For this reason, there is always going to be some reservoir of this pest that it can re-expand from. SWD also shows a lot of physiological plasticity as well as high genetic variation, allowing it to adapt to a wide range of habitats and climates.

Does SWD have any natural enemies that could help keep it under control?

Like all insects, SWD has natural enemies including parasitoids, nematodes, and pathogenic fungi. Parasitoid wasps that lay eggs inside fly larvae and pupae can be especially effective – the flies get eaten from the inside before they emerge. These wasps differ in their degree of specialization – some are broad generalists while others specialize on one or a few host species. Several generalist wasps native to North America and Europe can parasitize D. suzukii under laboratory and field conditions, but with low efficiency due to its strong immune response; this may have contributed to the rapid growth of invasive SWD populations. This has led to an interest in specialist Asian parasitoids that have coevolved with SWD. Some Leptopilina and Ganaspis wasps, abundant in Asia, seem to be specialist parasitoids of D. suzukii, preferring it to other Drosophila species. They prefer to attack the larvae that are feeding on ripening fruit, and cause high mortality in D. suzukii in its native range. Efforts are underway to select the most host-specific and effective strains of these and other parasitoids as potential biological control agents. Ganaspis braziliensis was authorized for release in Italy in the summer of 2021, initiating a multi-year monitoring program.

What other biological methods are being developed to control SWD?

This is the hard part. The effect of transgenic constructs has to be more subtle than just killing the insect – death is evolutionarily disadvantageous, so natural selection will quickly eliminate the lethal construct from the population, and the population will bounce back. One approach is to design constructs that make females sterile, and release males that carry these constructs. When transgenic males mate with wild females, their female progeny will be unable to produce eggs. Their male progeny, however, will be perfectly fine, and will mate with more (fertile) females, whose female progeny will also be sterile, and so on. Constructs that cause female-specific lethality can be used in a similar way. Natural selection will eventually eliminate this type of constructs too, since it obviously reduces the fitness of its carriers, but repeated mass releases can strongly suppress pest populations. Transgenic tools for D. suzukii have recently been developed, and several female-killing approaches have been tested in lab trials. A lot of attention is now focused on gene drive systems, which can spread through populations much better than conventional transgenic constructs.

Wait, what is this “gene drive” thing?

Flies, like humans, have two copies (alleles) of most genes. Normally, alleles are passed from parents to offspring without any changes. You (and flies) inherit one allele from mom, and the other from dad. You can then pass either one, but not both, of these alleles to each of your kids, and you pass them intact. The Mom allele is not affected by the time it spent with the Dad allele in your cells, and vice versa. Gene drive is a transgenic technique that makes artificially engineered alleles “contagious”. For example, if you inherit a “driving” allele from your mom (let's call it a Mom* allele) and a normal allele from your dad, once these alleles are together in your cells, the Mom* allele will convert the Dad allele into another copy of the Mom* allele. So now you are carrying two copies of the Mom* allele, and you will pass only that allele to your offspring, where it will convert another normal allele into more copies of itself, and so on in each subsequent generation. Because of this property of gene drives, the engineered alleles can take over the entire population, driving out all other (normal) alleles – even if the engineered allele is harmful to its carriers.

How can gene drives be used for pest control?

This is an area of active research. Gene drives are attractive because they can rapidly spread female-sterile or female-lethal alleles through pest populations and maintain these alleles at high frequencies despite natural selection acting against them. Efficiency of gene drive systems has been demonstrated in captive populations of D. suzukii and other species. However, gene drives are not a silver bullet. Resistance mutations inevitably arise and spread by natural selection, since they increase the reproductive success of their carriers. There are also serious safety concerns. Due to the self-reinforcing nature of gene drives, once you release one into the wild, the genie is out of the bottle and you can never put it back. Because of this, they have the potential to cause unpredictable damage to natural ecosystems and biodiversity, especially if they escape from one species into another – unlikely, but not impossible. For this reason, gene drive research is performed in strict biocontainment facilities, and discussions of its practical applications focus equally on risk assessment. More research is needed before these tools are ready for agricultural use. 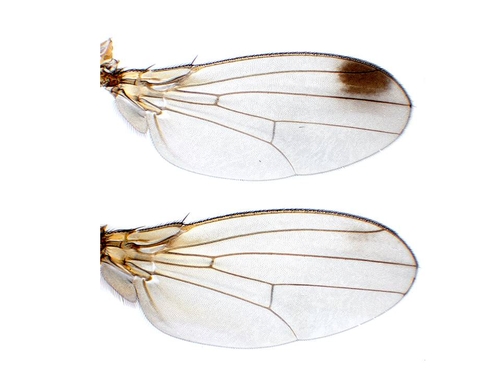 Figure 1 – the wings of male (top) and female (bottom) of Drosophila suzukii. 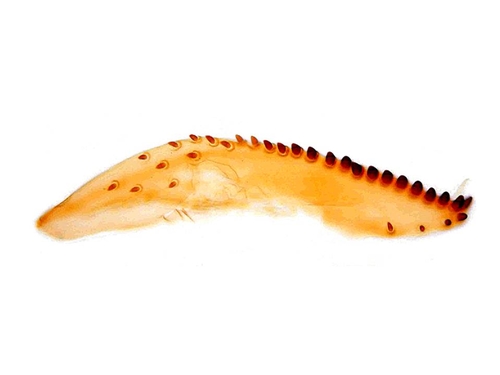 Figure 2 – the ovipositor of Drosophila suzukii (one of the two lobes, side view).
Comments: 0
No Comments Posted.
Leave a Reply: