Bug Squad
sitenum=63
Happenings in the insect world
The Beekeeper Amina Harris and her late husband, Ishai Zeldner.
Ishai Zeldner, a beekeeper turned businessman, would have been proud.

Zeldner, who died in 2018 at age 71, would have been proud to see the family business he founded, Z Specialty Food, develop into a 20,000 square-foot facility at 1221 Harter Way, Woodland.

It was his dream.

It includes a processing plant, The Hive (tasting room for honey and mead, a gift shop and a conference room), an outdoor courtyard and a two-acre pollinator garden.

He particularly would have been proud to see the floor-to-ceiling hive decor in The Hive: the very bee boxes he tended to when he visited his apiary. As many beekeepers do, he wrote his observations on the boxes. You can still see his notations.

Zeldner worked as a commercial beekeeper and studied beekeeping at UC Davis before founding the Moon Shine Trading Company in 1979. That was the beginning of Z Specialty Food.

But it all began with yellow starthistle. "He loved it so much that he began giving it away to his friends, and quickly realized he was going broke doing so," remembers his widow, Amina Harris, the director of the UC Davis Honey and Pollination Center.

His son, Joshua "Josh" Zeldner, who now runs the company--he calls himself "the nectar director"--wrote in an eulogy: "He helped introduce consumers to the wide range of honeys not found in the bear-shaped squeeze bottles at the supermarket."

"Born in Buffalo, New York, Ishai was a fourth-generation food merchant, and grew up in the specialty food business," Josh wrote. "His family owned Zeldner's Market, which specialized in exotic game. Ishai spent his Saturdays and summers as a kid working in the store, learning how to butcher an array of animals, and, most importantly, how to successfully run a business."

"After college, Ishai spent several transformational years living on Kibbutz Beit Hashita in Israel.  The kibbutz beekeeper chose Ishai to assist him based on his size and strength; neither man had any idea how much it would influence the rest of his life. It was there that he not only learned how to keep bees, but fell in love with beekeeping and honey. He also took the name Ishai. He returned to Buffalo to assist with the management and sale of his family's business at the sudden death of his father. This significant gesture ensured that his mother could afford to comfortably retire."

Ishai's vision was to "bring top quality varietal honey to the table," Josh wrote. And of course, yellow starthistle was "the first one to capture his imagination and his palate."

"Soon after, he married Amina Harris who ran the business by his side in Winters and then Davis. Together they raised two children – Shoshana and Joshua. Ishai taught them both how to appreciate honey straight from the hive and keep bees of their own. Together, Ishai and Amina created a line of nationally-recognized award-winning specialty food products. Today, Moon Shine Trading Company is part of the family of Z Specialty Food, LLC, based in Woodland, California. Z Specialty is known throughout the country for offering over 30 varietal honeys selected from across North America." (See eulogy.)

Fast forward to today. Plans are underway--buzzing, really--for a gala family event.  The Hive will host a Nature Day celebration, free and open to the public, from 11 a.m. to 5 p.m., Saturday, April 2. It's a day to emphasize the importance of bees, honey, pollination and conservation. The  public can tour the processing plant, taste honey and mead, explore the gift shop, sit in the outdoor courtyard and visit the pollinator garden. Workshops, games, a display of bee specimens by the Bohart Museum of Entomology, and a photo display of honey bees are planned. Dogs are welcome, too! (See schedule) 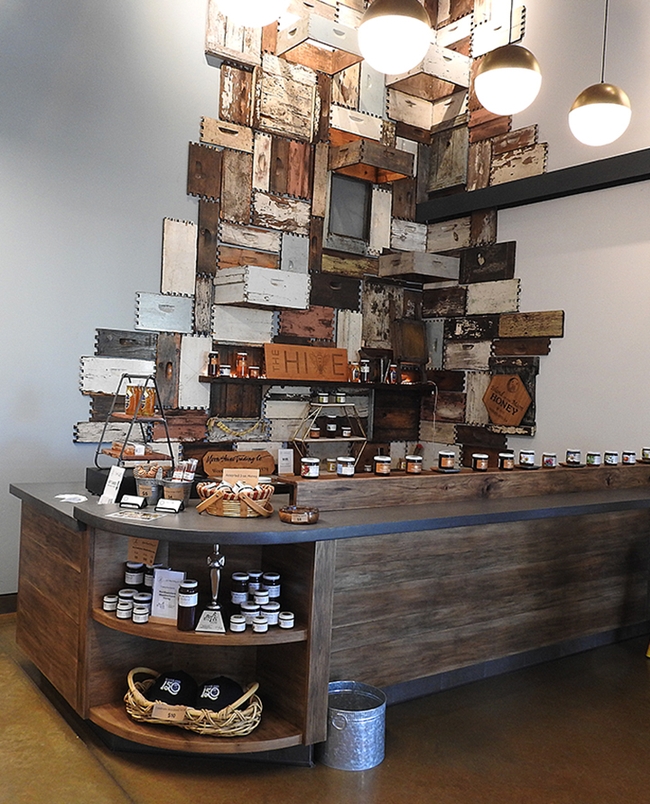 These are Ishai Zeldner's bee boxes in The Hive, Woodland. (Photo by Kathy Keatley Garvey) 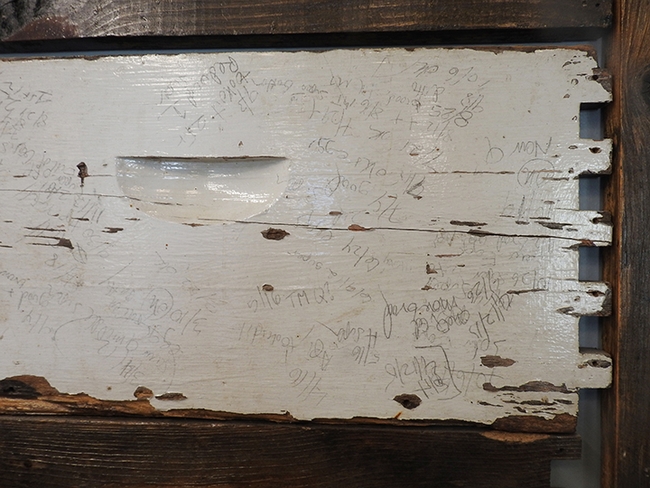 A close-up of Ishai Zeldner's bee boxes in The Hive, Woodland. He documented his work on the bee boxes. (Photo by Kathy Keatley Garvey) 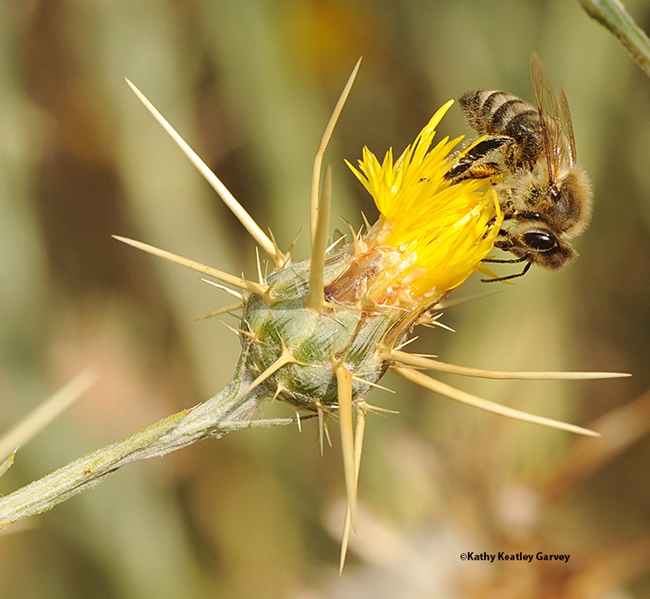