Mônica Antunes Ulysséa
If you like ants--and you should--then you won't want to miss this seminar sponsored by the UC Davis Department of Entomology and Nematology.

Brazilian-born scientist Mônica Antunes Ulysséa, a postdoctoral fellow in the laboratory of Corrie Moreau,  Cornell University,  will speak on "Morphology for Assessing Species Diversity and Previously Unknown Biological Traits of the Ant Genus Hylomyrma" at a virtual seminar at 4:10 p.m., Wednesday, Dec. 7.

Host is doctoral candidate and ant specialist Jill Oberski of the laboratory of Professor Phil Ward, UC Davis Department of Entomology and Nematology.

"Hylomyrma is a Neotropical ant genus of small to midsized ants, cryptic inhabitants of the leaf-litter of wet and dry environments, with a remarkable body sculpture," Ulysséa says in her abstract. "They occur from sea level to 3,600m, from Mexico to northern Argentina and southern Brazil; its higher diversity is in the Amazon. Out of the 30 recognized species, 11 have females whose external morphology combines morphological traits of workers and queens, and at least three of them present female specimens with queen-like traits. These mosaic specimens sent me back to fieldwork to investigate more about the genus biology. I went to Serra do Cipó, Brazil, to find nests of the endemic Hylomyrma primavesi. Hence, for the first time, the H. primavesi nest architecture and the colony size were documented, the ergatoid queen, male and immatures were collected, and the behavior of the forage workers and their feeding preferences based on field and lab observations were recorded." The logo of the Museum of Zoology of the University of São Paulo is an anteater.
Ulysséa specializes in myrmecology, taxonomy, phylogeny, systematics, curatorial practices, and science dissemination. She received a 2018-2023 postdoctoral fellowship at  (2018-2023) to study in the Moreau lab. Professor Moreau, who teaches arthropod biosystematics and biodiversity, directs and curates the Cornell University Insect Collection.

The host, Jill Oberski, relates: "I met Mônica in February 2020 at the Museu de Zoologia in São Paulo, Brazil, during a visit I was making for my dissertation research on Dorymyrmex. She was helpful in coordinating my visit and her work on taxonomy of Hylomyrma ants is very similar to mine—just a different focal genus. I'm excited to host her for this week's seminar and learn about her work in a formal setting." Urban landscape entomologist Emily Meineke, assistant professor, coordinates the department's seminars. This is the last of the fall seminars. For further information on the seminars or technical difficulties with Zoom, contact Meineke at ekmeineke@ucdavis.edu. 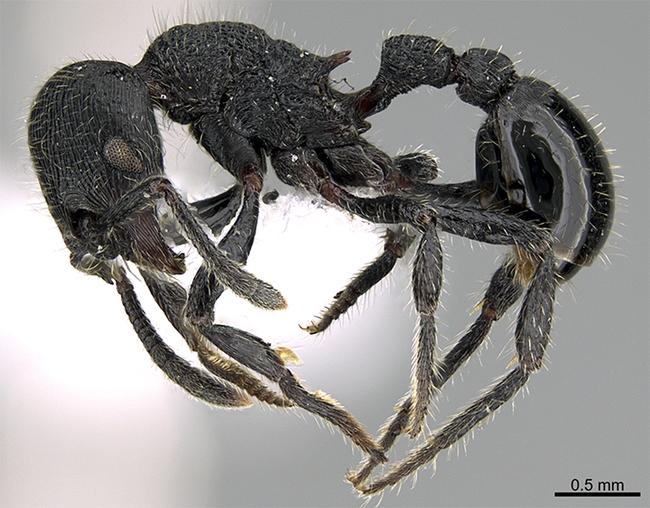