The saga of my Japanese Maples (Acer palmatum) began seven or eight years ago.   In response to a master gardener looking for new homes for some trees, I volunteered to take a few.  My daughter and family were about to build a new house on property they purchased in the country and said they’d take some too – six or seven, they thought.  They could imagine how lovely the trees would be against their new home.

The trees turned out to be six-inch pot size, and as you may know, Japanese Maples are slow growing.   I kept the all the little trees on my deck for approximately four years during which time I transplanted them into ever-larger containers.  As the years went by we lost a few and I moved some into the ground with other perennials until their home would be ready.  By the time the house was finally completed my daughter decided they didn’t want Japanese Maples after all.

I transplanted the remaining trees again this winter along the front of my house after removing some huge old shrubs that rivaled the wall of thorns around Sleeping Beauty’s castle.

Eight years after their arrival, five enduring, winter-bare Japanese Maples of multiple varieties have found permanent homes, a real tribute to the hardiness of the species.  Granted, they are still slow growing, and it will be some time before my house no longer looks naked, but I’m willing to give them a chance; they’ve earned it. 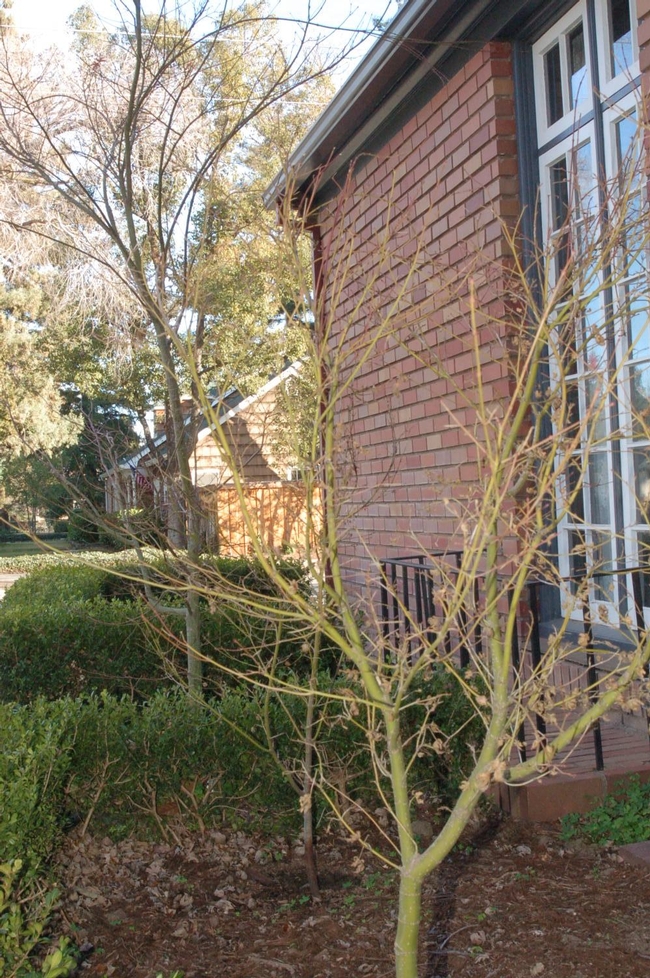