Well, UC Davis officials and the UC Davis Department of Entomology and Nematology did!

All systems are "go" for the 104th annual UC Davis Picnic Day, an all-day event on Saturday, April 21 when scores of visitors, aka picnickers, will stroll the campus. It promises to be both educational and entertaining.

Spencer displayed his desert hairy scorpion named Celeste. Okay, surprise, surprise! Celeste turned out to be a male, but his name remains Celeste.

Lohit Garikipati, an entomology student who rears praying mantids, came with his buddy, a Malaysian shield mantis. "What's that?" visitors asked, looking at the shield.

For a hour, the trio entertained the guests. Some expressed awe at Spencer casually holding a scorpion. "I've been handling scorpions since I was three," he said. "I've never been stung."

Rivera showed an Australian leaf walking stick insect that resembled a leaf. The crowd took turns holding and  photographing it.

On Saturday, April 21, during the campuswide Picnic Day, you can engage with insects at both Briggs Hall, which houses the Department of Entomology and Nematology administration and most of the faculty, and the Bohart Museum of Entomology, home of eight million insect specimens.

What's a picnic without bugs? 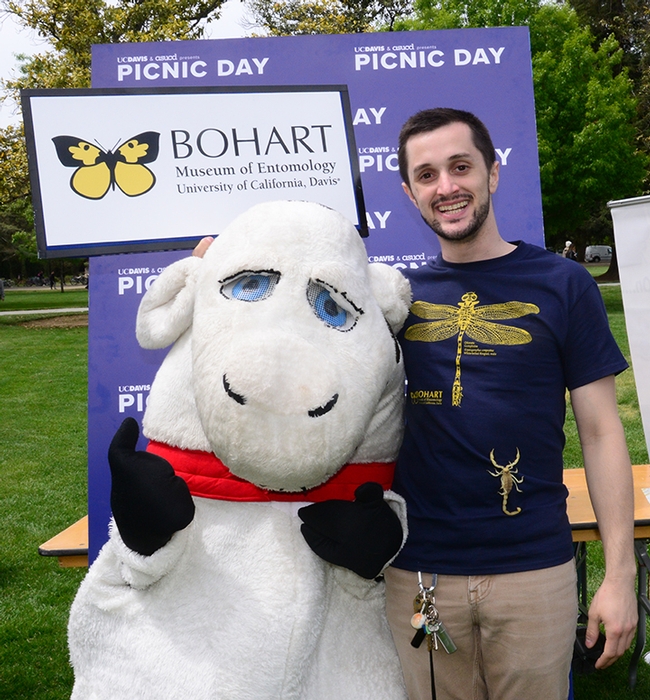 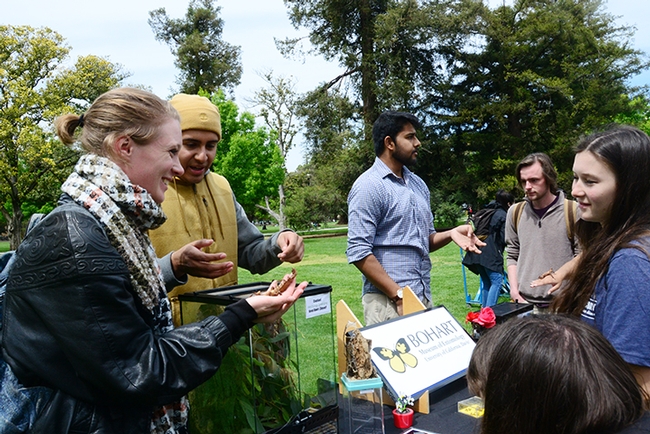 UC Davis student Melissa Mongan (far left) who is majoring in community and regional development, checks out a walking stick. In back are Diego Rivera (center) and Lohit Garikipati. (Photo by Kathy Keatley Garvey) 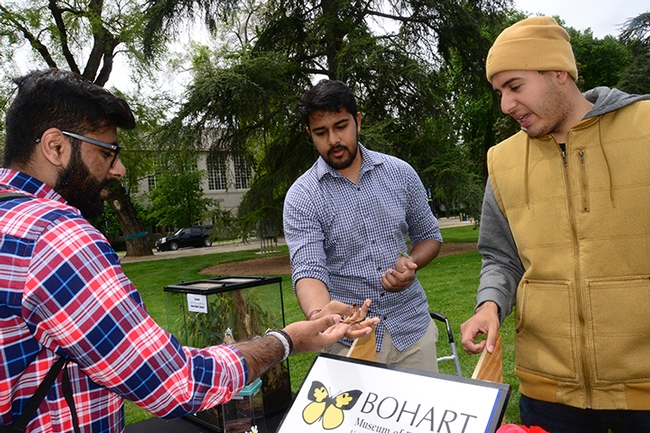 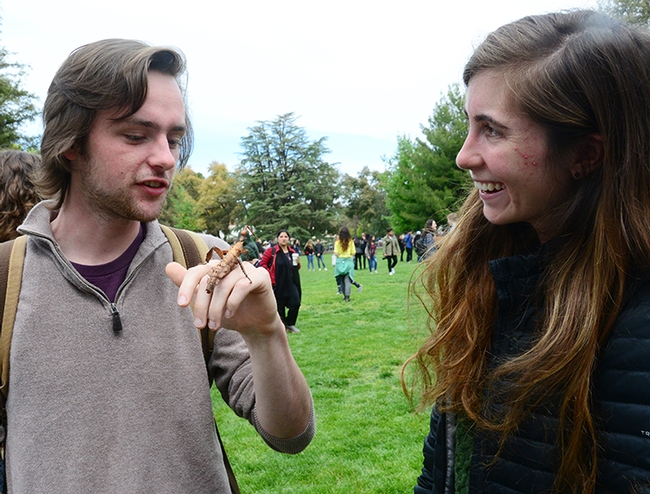 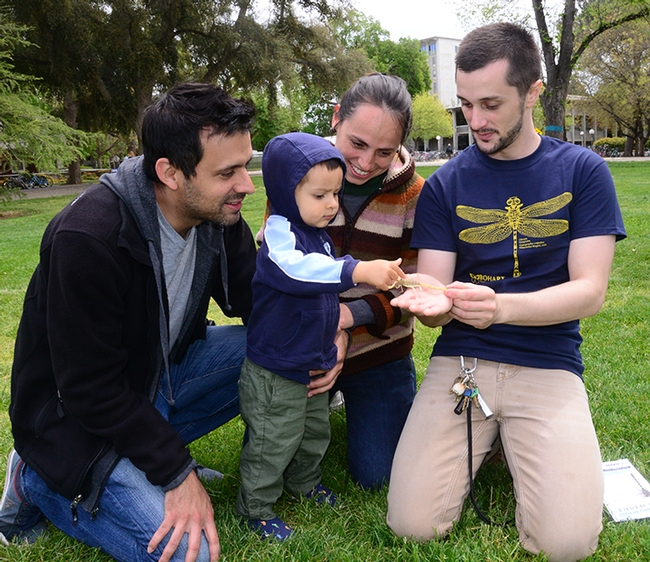 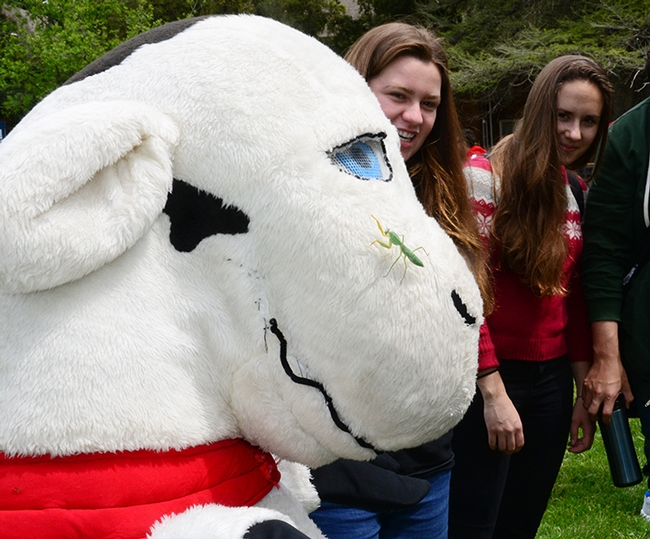 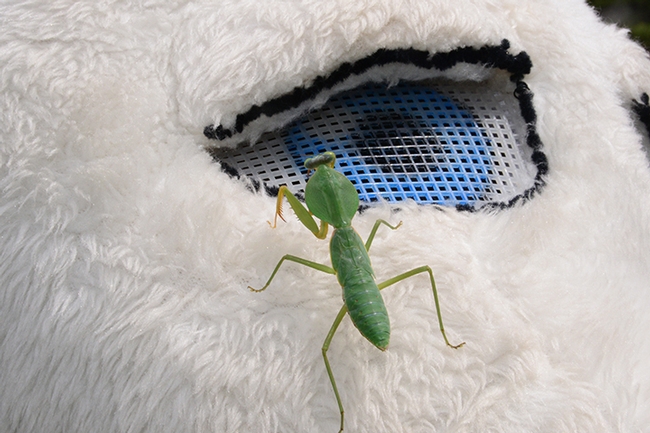