If you're trying to find a praying mantis in the wild, go where the food source is.

Sounds pretty easy, right? But oh, they're camouflaged. They lie in wait, as ambush predators, and strike. Now you see the predator, now you don't. Where did it go?

"Observations of most species tend to peak in late summer and early fall, when individuals are at full size and seeking mates. Only the egg cases survive winter."--Field Guide to California Insects, second edition, authored by Kip Will, Joyce Gross, Daniel Rubinoff and Jerry Powell.

We saw Mr. Mantis for a few days in the basil, and then he disappeared. Vanished. Gone. Evaporated. Maybe he lost his head to the current resident? That would be a subadult female Stagmomantis limbata, according to praying mantis expert Lohit Garikipati, a UC Davis alumnus studying for his master's degree at Towson (Maryland) University.

We saw the female today, tucked beneath a basil leaf, with only her head and feet showing. I

Plant basil and the bees will come.

So will praying mantids. They are opportunistic predators who polish off both pests and pollinators.

All are welcome in our pollinator garden. All. 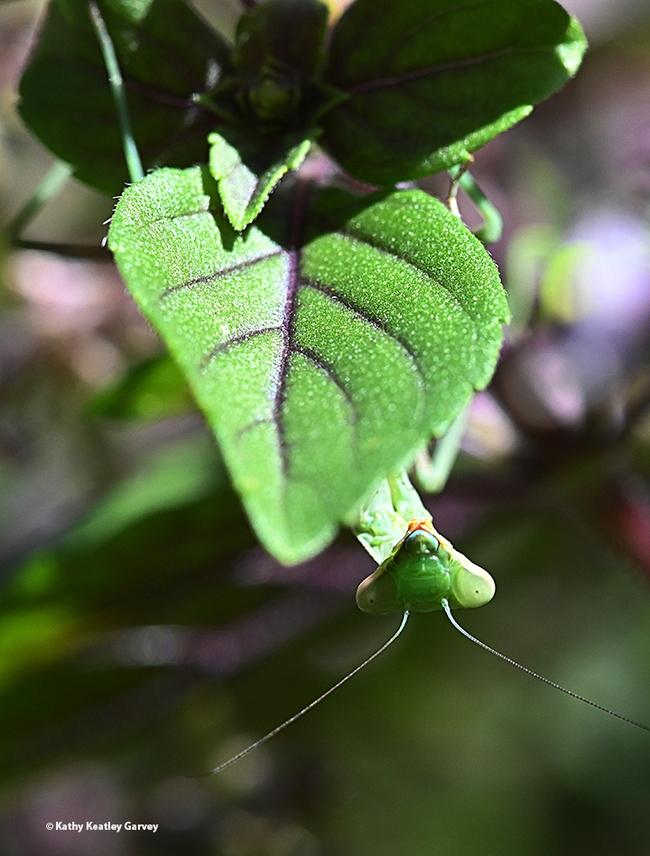 A praying mantis, a Stagmomantis limbata, hides beneath an African blue basil leaf in a Vacaville pollinator garden. (Photo by Kathy Keatley Garvey) 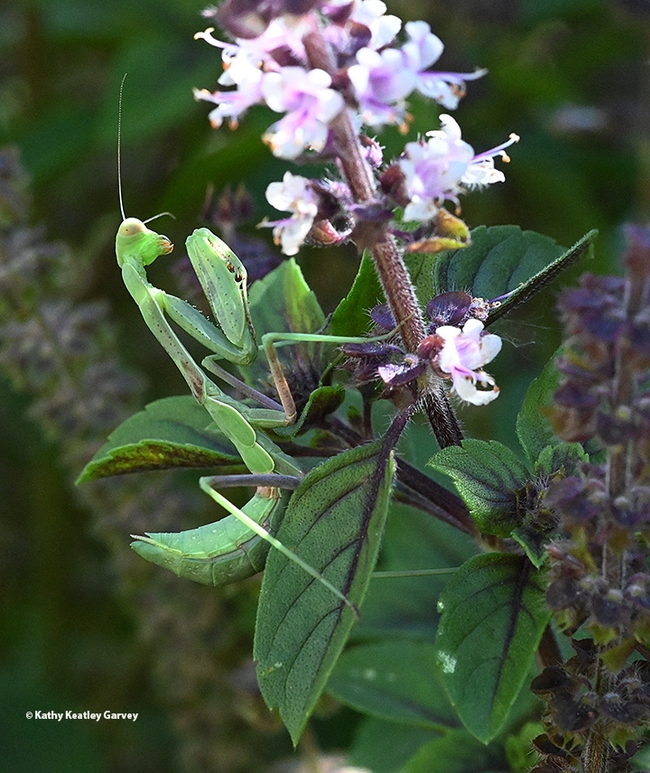 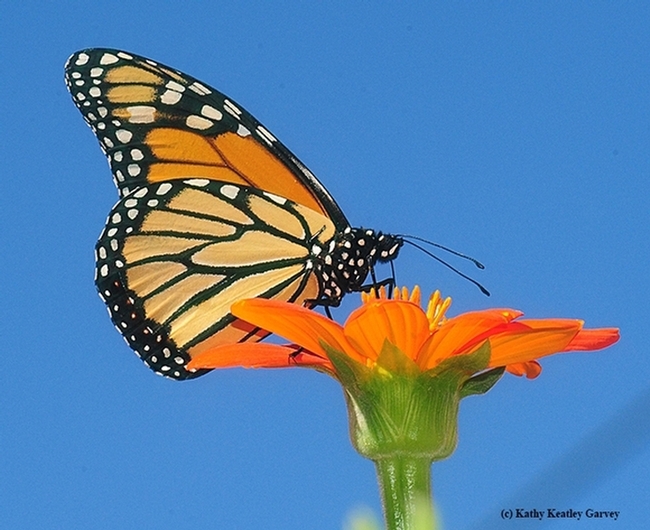 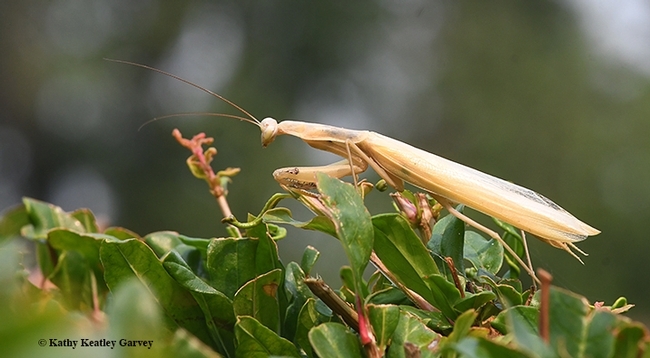 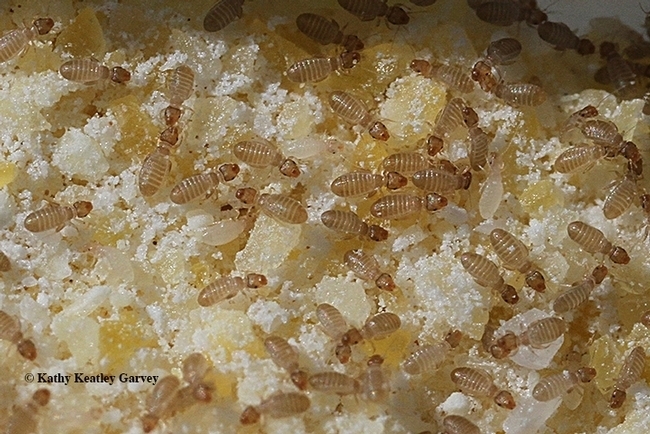 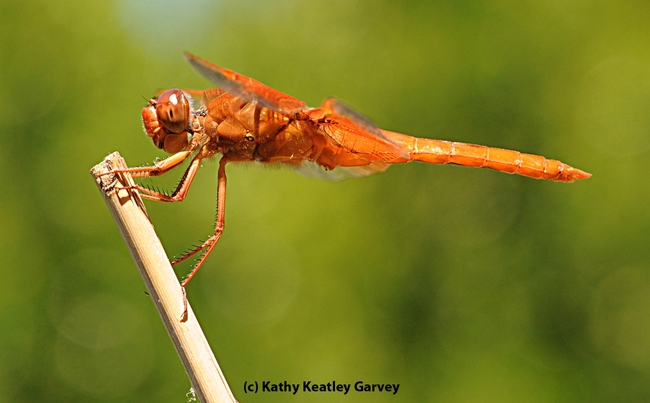 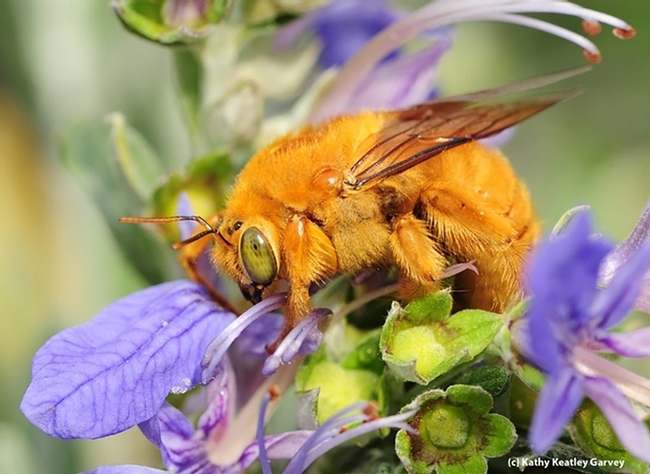