Hammock, a distinguished professor of entomology at UC Davis who holds a joint appointment with the UC Davis Comprehensive Cancer Center, has just been selected a  fellow of the National Academy of Inventors (NAI), which honors academic invention and encourages translations of inventions to benefit society.

He is now one of five UC Davis NAI fellows, including Chancellor Linda P. B. Katehi, who was inducted in 2012; Jerry Woodall in 2013; and Kyriacos A. Athanasiou and M. Saif Islam), both elected this year with Hammock in the 170-member Class of 2014 fellows.

A member of the UC Davis faculty since 1980, Hammock has made major innovations in multiple fields. Most recently his laboratory found potent enzyme inhibitors that dramatically reduce inflammation, inflammatory pain and neuropathic pain. He is the founder and CEO of EicOsis, and through EicOsis, the compounds are in clinical trials for companion animals and the  Pre-Investigational tional New Drug Application (Pre-IND) Consultation Program  for neuropathic pain in human diabetics. Hammock is  developing both enzyme inhibitors and natural products as drugs for use in the United States and developing countries.  In agriculture, his laboratory developed the first recombinant viruses as greeninsecticides, while in environmental chemistry, they pioneered the use of immunodiagnostics for environmental analysis and biosensor development, currently applying alpaca nanobodies to sensor technology.

He also describes himself as “an avid, if incompetent hiker and climber,” and occasionally teaches white-water kayaking with UC Davis Outdoor Adventures.   By the way, he and his lab also holds an annual water balloon battle outside Briggs Hall every summer. It's usually amounts to a 10-minute battle because the Hammock lab works hard and plays hard.

NAI, founded in 2010, now has 414 fellows representing more than 150 prestigious research universities and governmental and non-profit research institutions.    Included:  61 presidents and senior leadership of research universities and non-profit research institutes, 208 members of the other National Academies, 21 inductees of the National Inventors Hall of Fame, 16 recipients of the U.S. National Medal of Technology and Innovation, 10 recipients of the U.S. National Medal of Science, 21 Nobel Laureates, 11 Lemelson-MIT prize recipients, 107 Fellows of the American Association for the Advancement of Science, and 62 fellows of the Institute of Electrical and Electronics Engineers.

Congratulations, Professor Hammock! Getting elected “is a high honor bestowed upon academic innovators and inventors who have demonstrated a prolific spirit of innovation in creating or facilitating outstanding inventions and innovations that have made a tangible impact on quality of life, economic development, and the welfare of society,” NAI officials said. 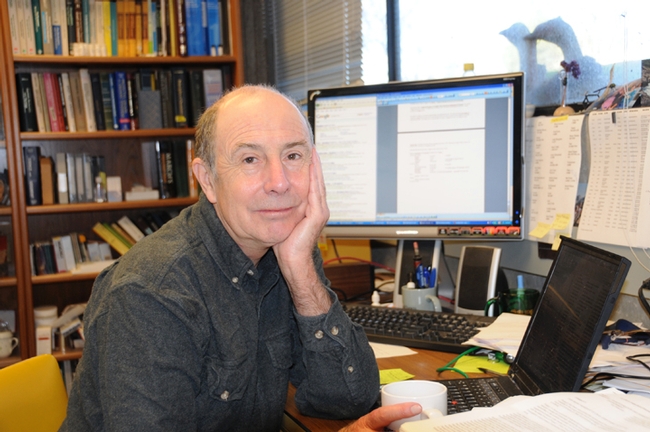 Bruce Hammock is a new fellow of the National Academy of Inventors. (Photo by Kathy Keatley Garvey) 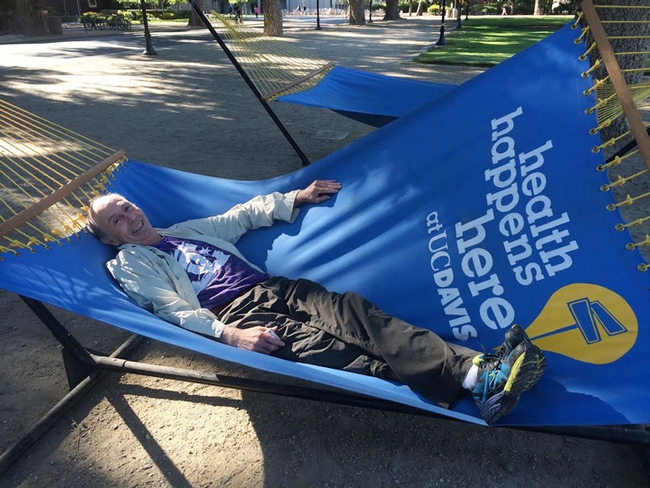