If you've ever reared a butterfly--from an egg to a caterpillar to a chrysalis to an adult--you know what it feels like.

Two glorious butterflies, Papilio zelicaon, burst out of their habitat and headed straight for some rich floral nectar.

It's a common swallowtail butterfly of western North America, and often confused with the Western tiger swallowtail, Papilio rutulus, also in the same range.

Butterfly guru Art Shapiro, UC Davis distinguished professor of evolution and ecology, who has monitored butterfly populations in Central California since 1972, says on his website:

"The anise swallowtail is a complex set of ecological races, or 'ecotypes,' whose seasonality has been adjusted by natural selection to match that of their host plants. Selection for adaptive life-history traits seems to have proceeded much faster than evolution at the level of neutral molecular loci.

"At sea level our populations are strongly multivoltine, with only weak, facultative pupal diapause. They have several generations (late February or March-October) and breed very largely on sweet fennel ('anise'), Foeniculum vulgare, and (in the first half of the season) poison hemlock, Conium maculatum. Both of these are naturalized European weeds."

Weeds or not, butterflies or not, anise swallowtails are spectacular.

Yes, 'twas a beautiful day in the neighborhood... 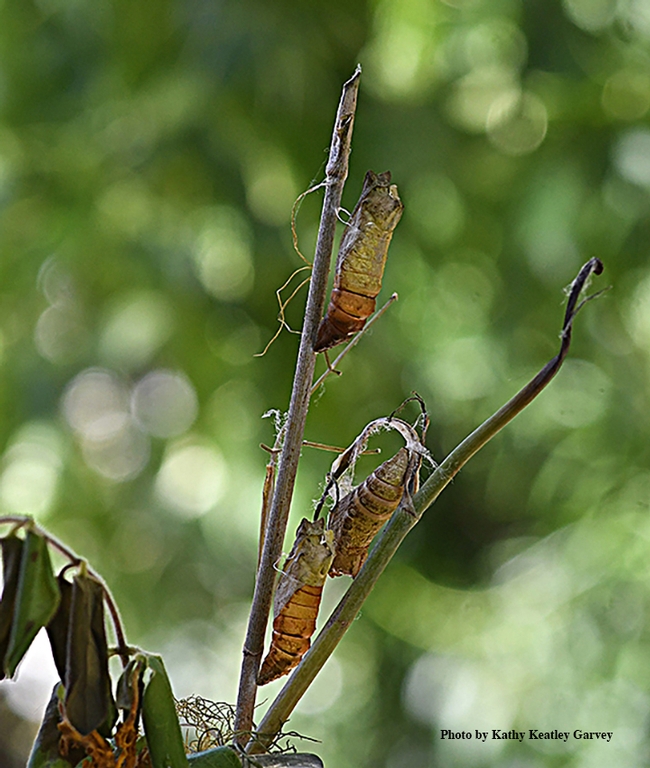 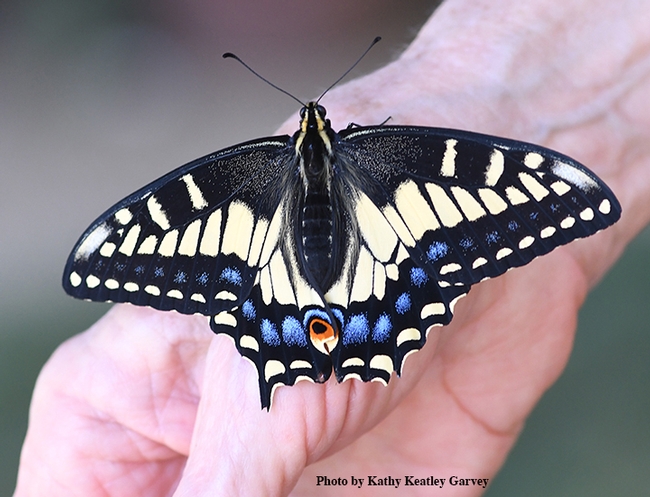 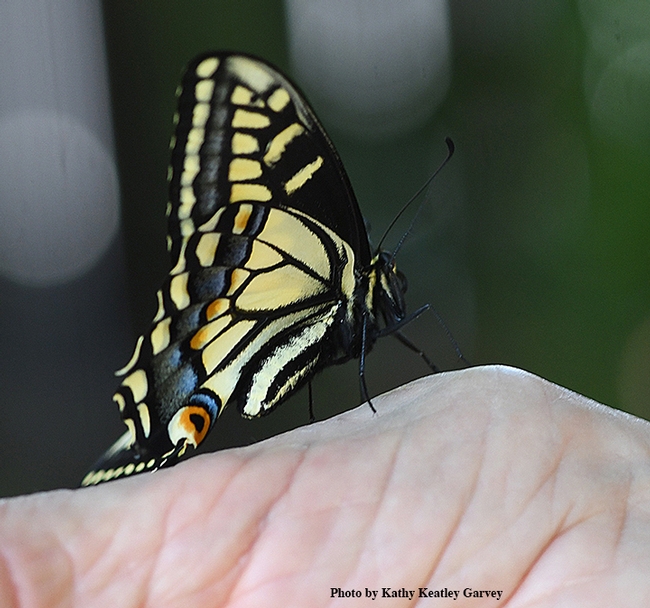 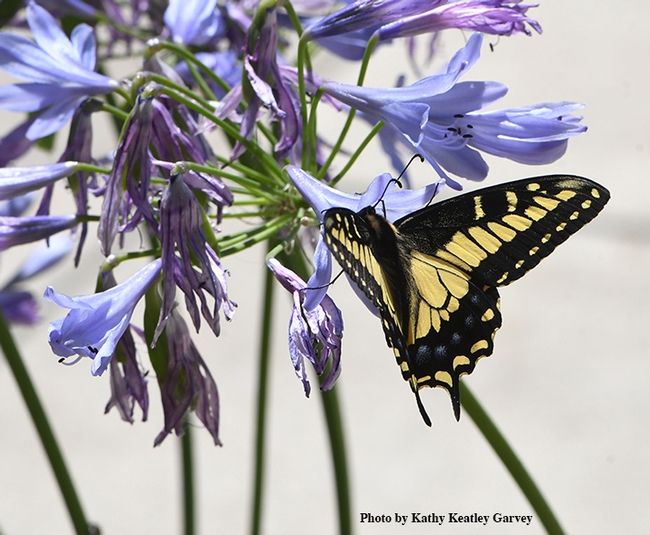 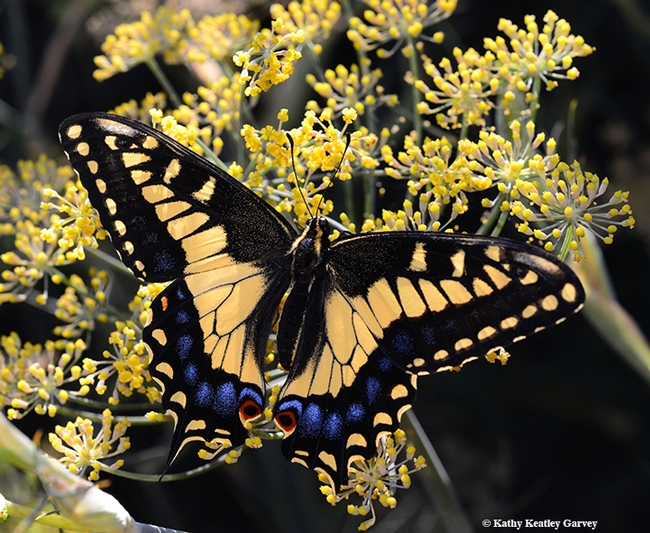 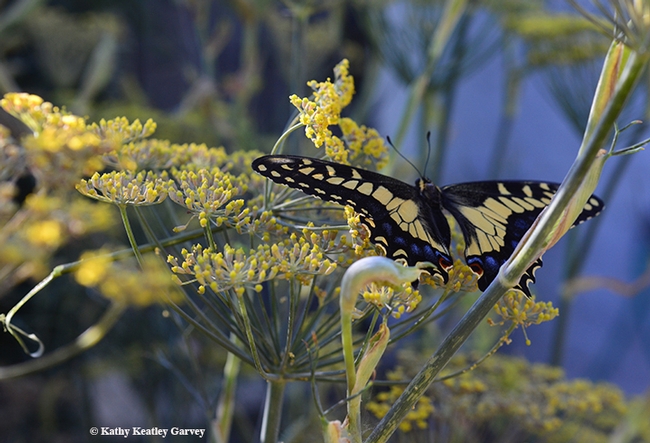 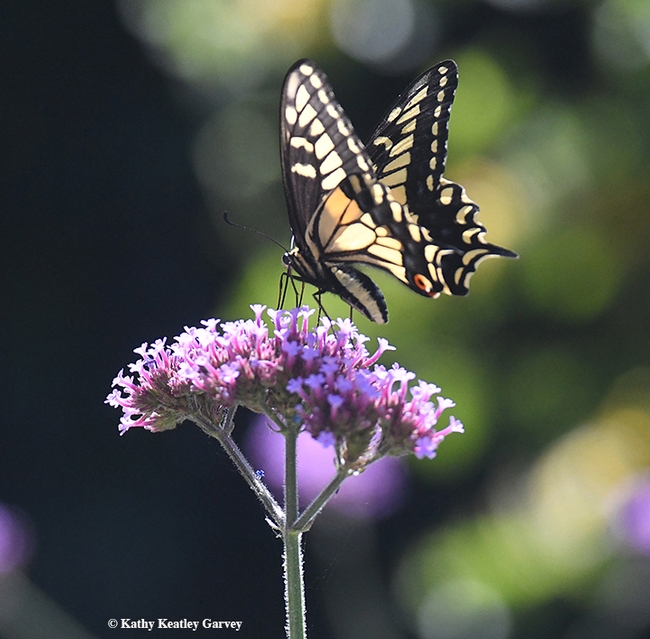 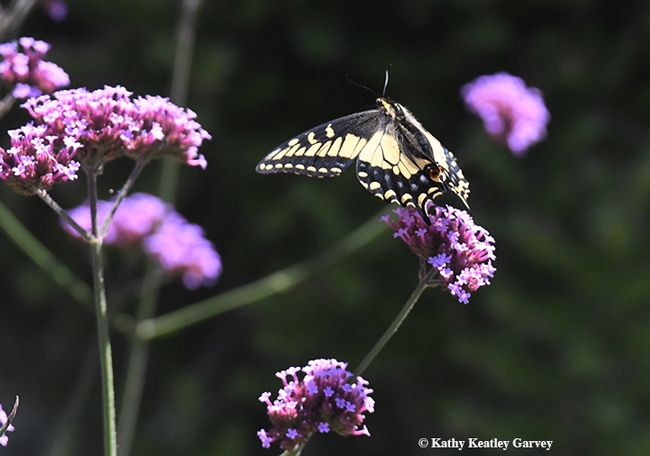 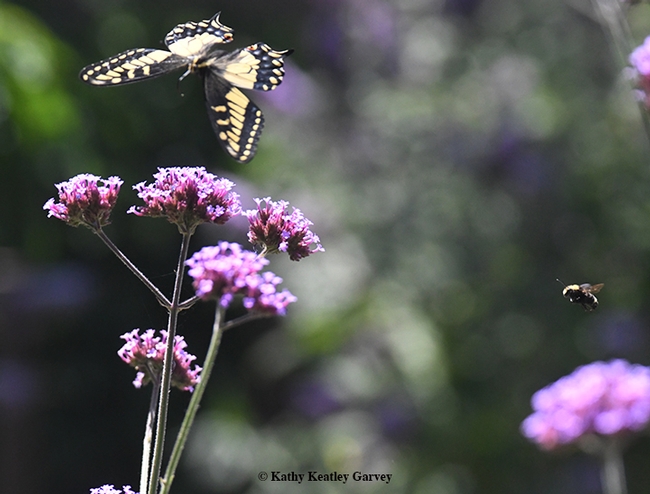 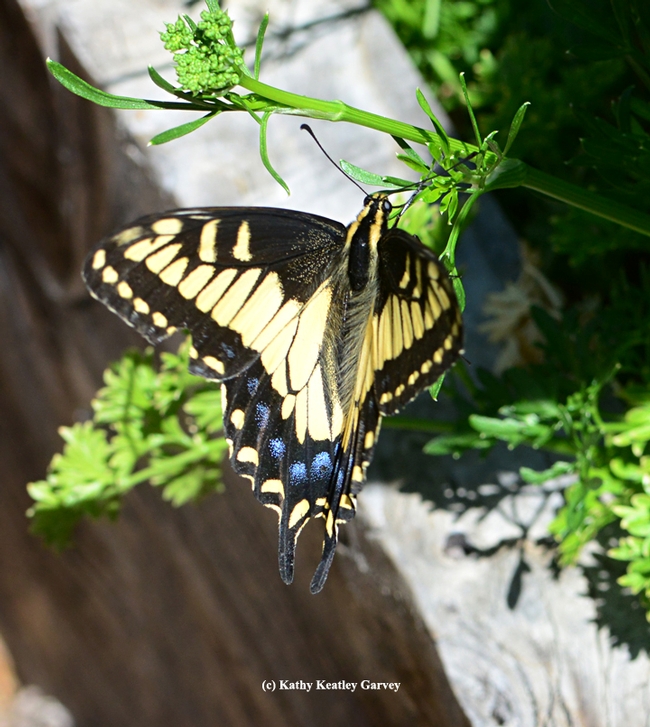 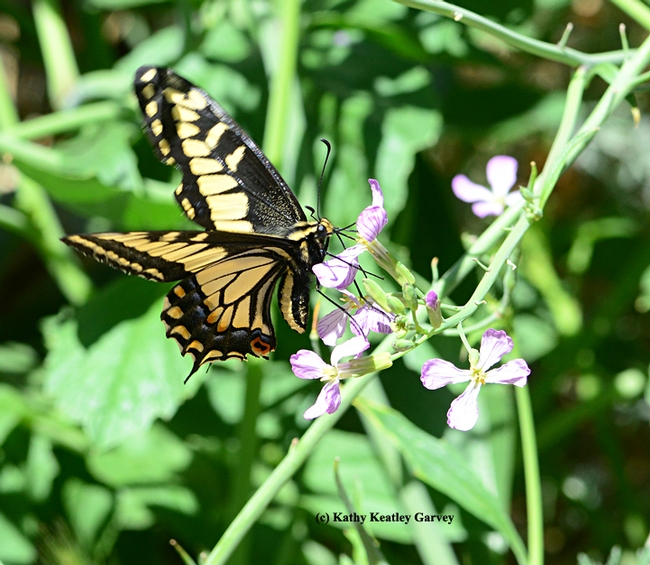 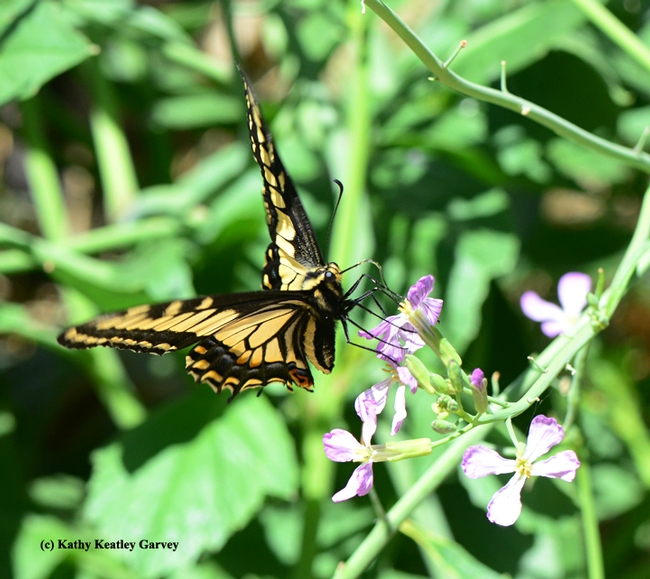 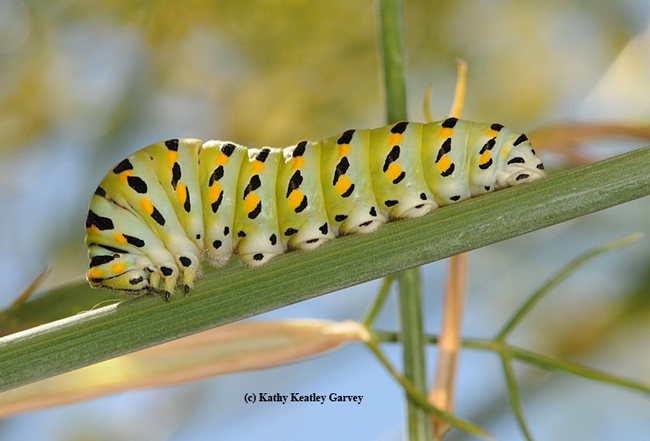 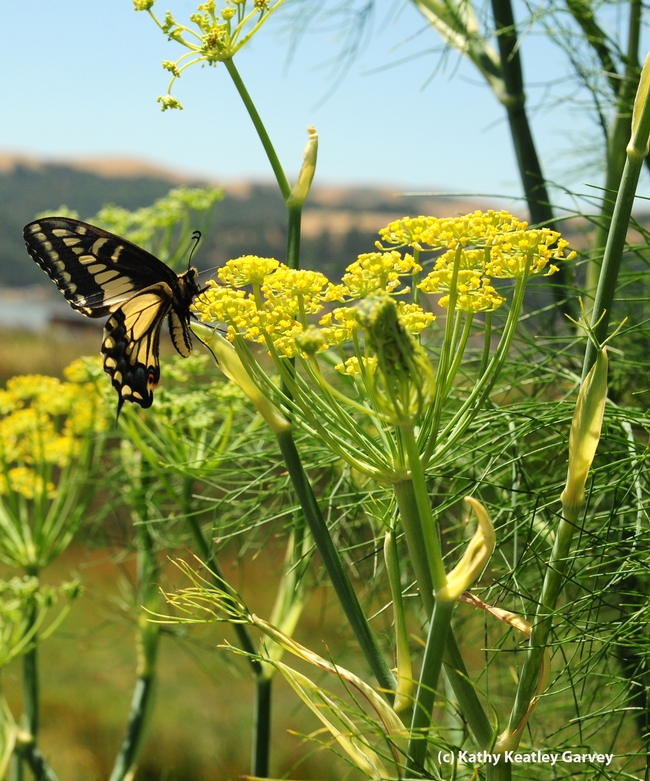 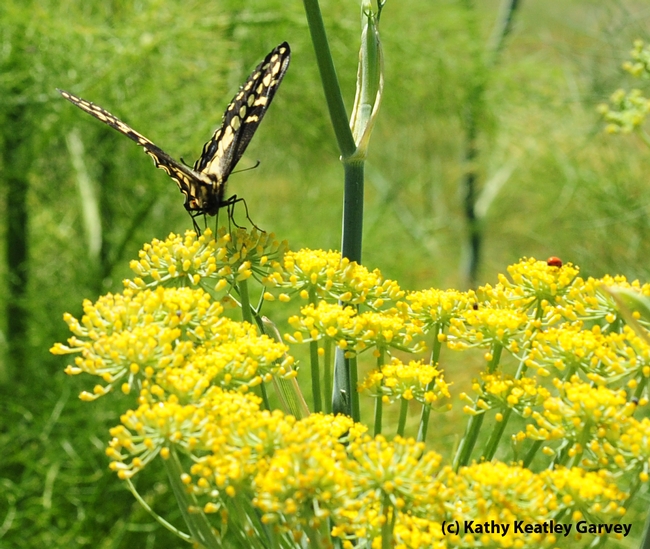 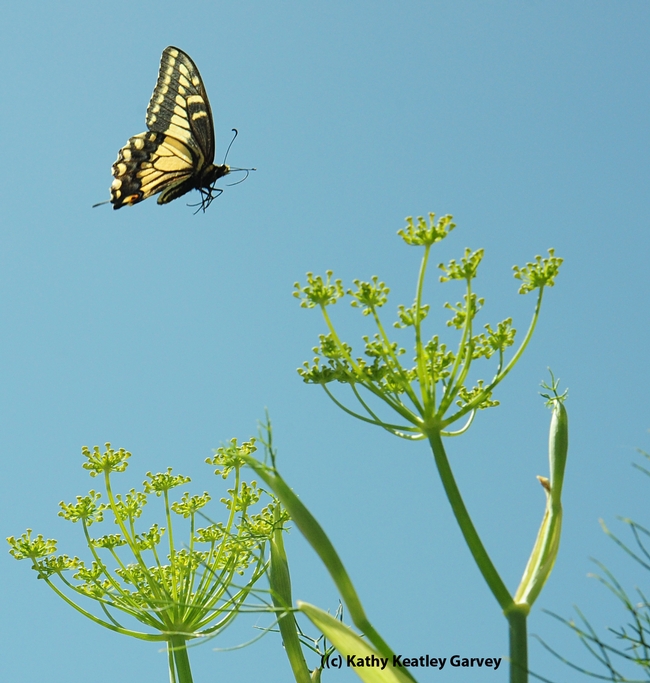 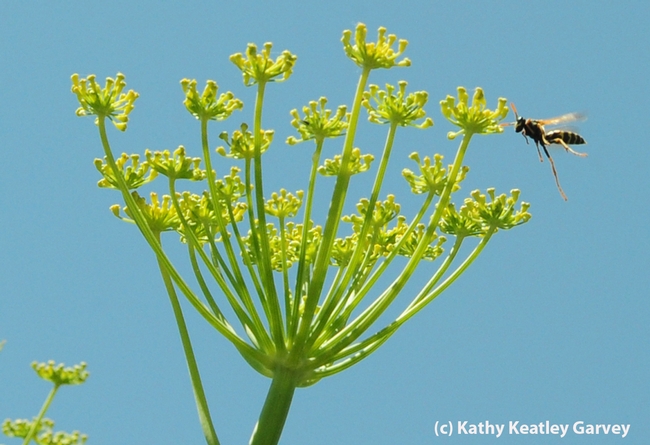