You've probably watched those colorful painted ladies (Vanessa cardui) fluttering about in your yard, but have you read the newly published research about their wing color patterns and genetic codes?

In researching the color patterns and the genes responsible for those patterns, biologists Jeffrey Marcus and Roohollah Abbasi of the University of Manitoba,  Winnipeg, Canada, found a previously undetected compartment boundary that may exist in all holometabolous insects.  (Holometabolism, also called complete metamorphism, is a form of insect development that includes four stages: egg, larva, pupa and adult.)

Scientists have long known that in the common fruit fly, Drosophila melanogaster, the forewing is divided into two developmental compartments, but this newly published research in Scientific Reports, A New A-P Compartment Boundary and Organizer in Holometabolous Insect Wings, is a real eye-opener.

Writer Viviane Callier of Washington, D.C., a trained insect physiologist, wrote about the research in the Nov. 30th edition of Entomology Today, published by the Entomological Society of America.

In her piece, "Butterfly Color Patterns Reveal Clues About the Genes that Build Insect Wings," Callier described butterfly wings as "natural canvases decorated with elaborate color patterns," but noted that "how these patterns develop and evolve is still incompletely understood. Now, a new study in Scientific Reports (Nature.com) has identified the genetic code by which butterflies can assign color patterns to different parts of their wings during development. The code is based on a set of genes called transcription factors that establish compartments in most—perhaps all—insect wings. Each compartment, whose 'address' is determined by the combination of genes that are active in that sector of the wing, can evolve different color patterns independently from the other compartments."

Marcus and Abbasi explained in their abstract:

"Decades of research on the highly modified wings of Drosophila melanogaster has suggested that insect wings are divided into two Anterior-Posterior (A-P) compartments separated by an axis of symmetry. This axis of symmetry is created by a developmental organizer that establishes symmetrical patterns of gene expression that in turn pattern the A-P axis of the wing. Butterflies possess more typical insect wings and butterfly wing colour patterns provide many landmarks for studies of wing structure and development. Using eyespot colour pattern variation in Vanessa butterflies, here we show an additional A-P axis of symmetry running between wing sectors 3 and 4. Boundaries of Drosophila mitotic clones suggest the existence of a previously undetected Far-Posterior (F-P) compartment boundary that coincides with this additional A-P axis. A similar compartment boundary is evident in butterfly mosaic gynandromorphs. We suggest that this additional compartment boundary and its associated developmental organizer create an axis of wing colour pattern symmetry and a gene expression-based combinatorial code, permitting each insect wing compartment to acquire a unique identity and allowing for the individuation of butterfly eyespots."

The research "bears on some of our T-shock experiments back in the 70s-80s," observed Art Shapiro, distinguished professor of evolution and ecology when asked if he'd read the research paper.  Yes. He wrote a chapter, The Genetics of Seasonal Polyphenism and the Evolution of 'General Purpose Genotypes' in Butterflies' in the Klaus Wöhrmann/Volker Loeschcke book, Population Biology and Evolution. You can read it online.

In his abstract, Shapiro, who has studied and monitored butterflies for more than four decades and maintains a website, Art's Butterfly World,  points out that his Genetics of Seasonal Polyphenism chapter "is really a specialized appendix to Professor Scharloo's on 'The Genetics of Adaptive Reactions.' It deals with a particular set of such reactions — those of butterfly wing patterns to environmental factors — and asks whether those which seem adaptive are evolutionarily related to those which do not, and if so, how.  Despite more than a century of interest in such phenomena, the answers are not yet in; we are only now able to do the carefully controlled experiments necessary to partition phenotypic variation into its environmental and genetic components and this work is still very much in progress. So this will be a very unsatisfying presentation — full of qualitative statements, long on speculation, short on hard data. If it serves as a provocation it will have done its duty."

Shapiro goes on to say that "a glance through any butterfly book of the coffee table variety reveals an astonishing diversity of patterns. The fact is that we have only the remotest idea of the functional significance of any of them, as we were recently reminded by Silberglied et al. (1980). One reason is that bewildering diversity which defies rational classification; another is that it is almost impossible to relate a pattern to an ecological and behavioral context when observing a specimen set on a pin."

All the more reason to marvel at the stunning diversity of butterflies that grace our yards. Or what Viviane Callier so eloquently described as "natural canvases decorated with elaborate color patterns." 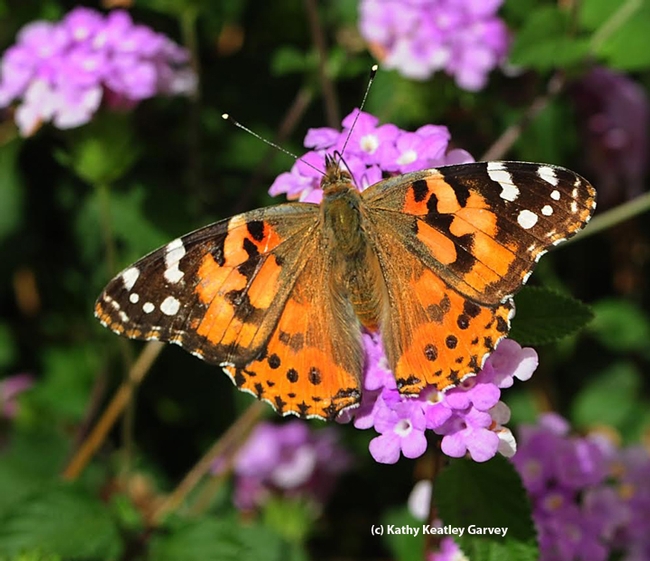 A painted lady, Vanessa cardui, on lantana in Vacaville, Calif. Now researchers at the University of Manitoba have identified the genetic code by which butterflies can assign color patterns to different parts of their wings during development. (Photo by Kathy Keatley Garvey) 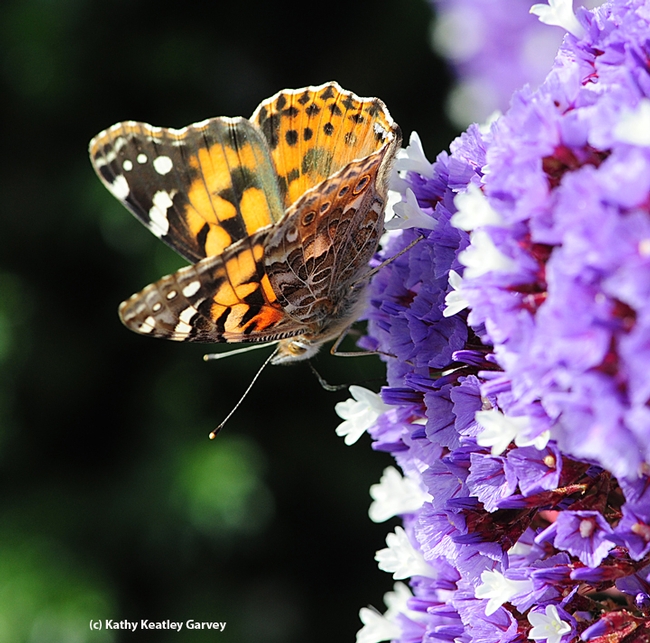 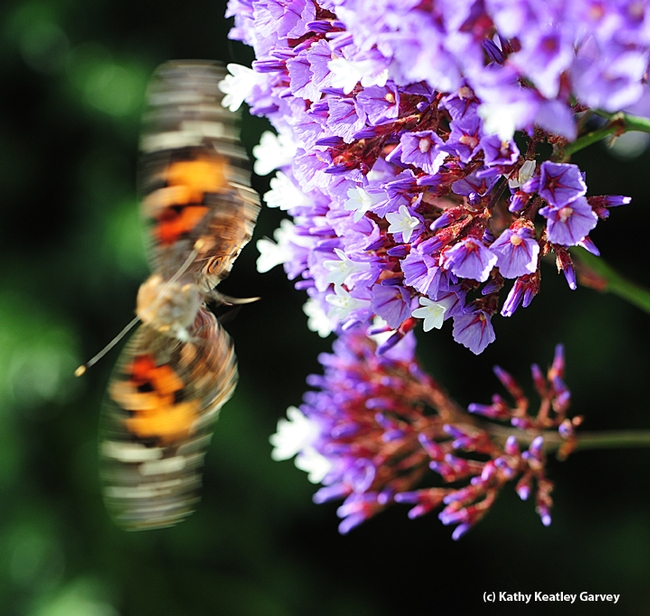