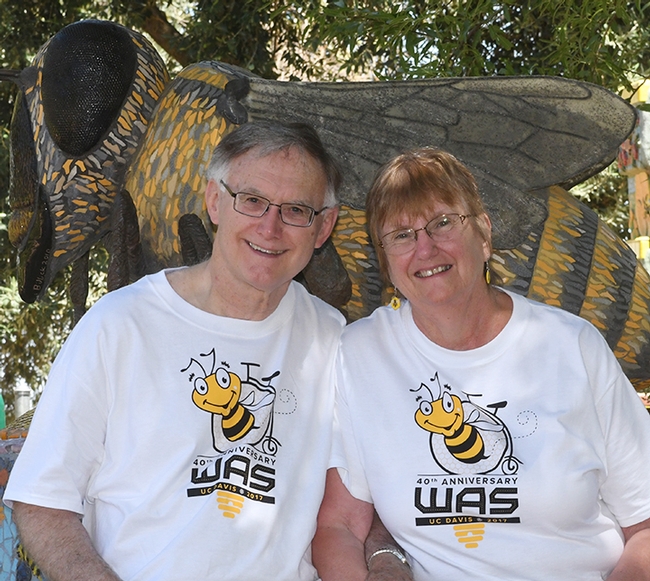 Eric Mussen, WAS president, and his wife, Helen, who is assisting him in his presidency, sit next to Miss Bee Haven, a sculpture that anchors the Häagen Dazs Bee Haven at UC Davis. The sculpture is the work of Donna Billick. (Photo by Kathy Keatley Garvey)
Tags: Bee Culture (5), Eric Mussen (257), honey bee health (6), honey bees (406), honey bees (406), Kim Flottum (14), Steve Dana (2), Western Apicultural Society (29)
Comments: 0
Bee Health: That's What It's All About 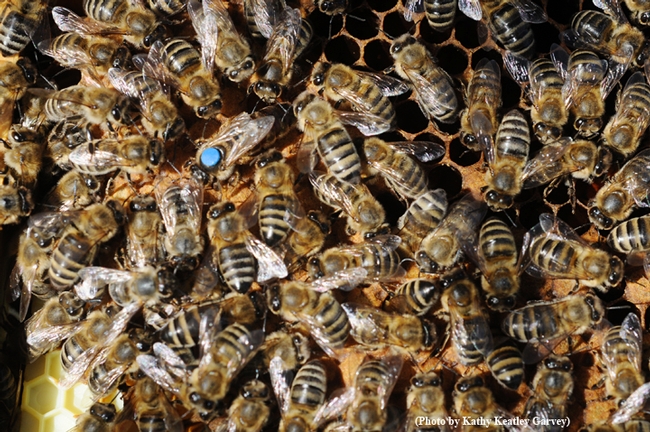 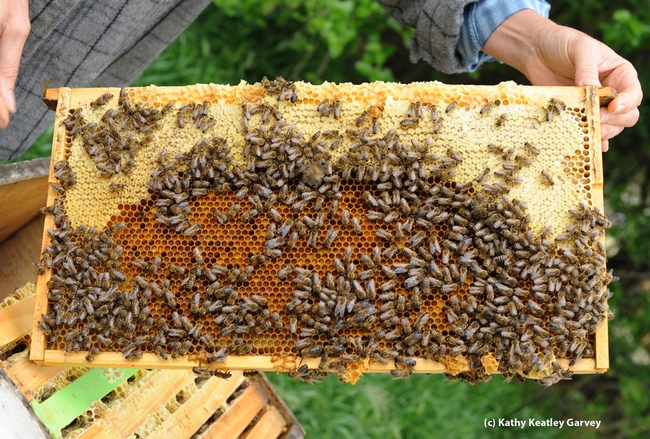 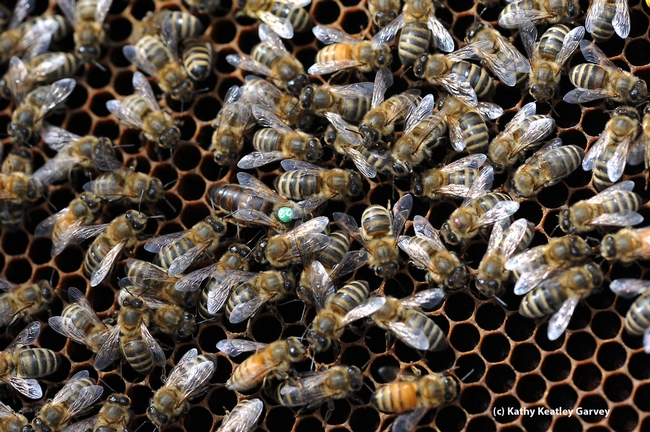 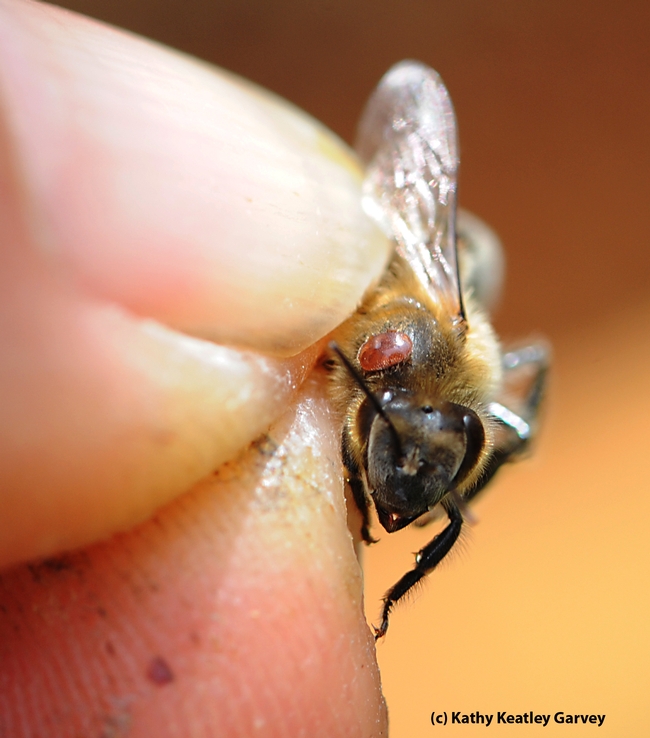 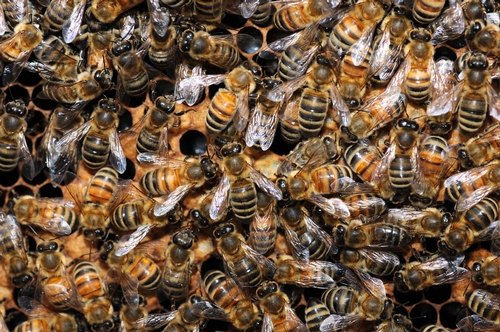 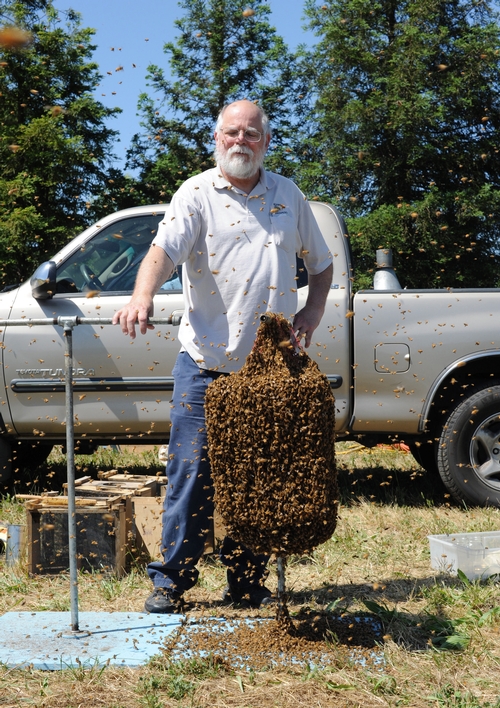