"As a result, pest outbreaks are less likely in diverse landscapes," said Paredes, who analyzed a 13-year government database of diversified landscapes encompassing more than 1300 olive groves and vineyards in Spain. The database documented pests and pesticide applications.

The paper, “The Causes and Consequences of Pest Population Variability in Agricultural Landscapes,” appears in the Ecological Society of America journal, Ecological Applications. Co-authors are UC Davis distinguished professor Jay Rosenheim of the Department of Entomology and Nematology, and Daniel Karp, associate professor, Department of Wildlife, Fish, and Conservation Biology.  The research is online at https://bit.ly/3a64WRN. Co-author Daniel Karp, associate professor
“We found that more variable pest populations are more likely to downgrade crop quality and induce catastrophic damages,” Paredes said. “For example, the likelihood that olive flies consume more than 20 percent of olive crops doubled when comparing the most versus the least volatile populations.”

What causes a pest population to be variable?
Having shown that more pest-population variability is more likely to cause problems for farmers, the researchers then set out to discover what farmers could do to manage variability.

One key factor that emerged was the type of landscape the crops were grown in, specifically whether the landscape was dominated by vast fields of a single crop variety or more diversified. Pest populations were both more abundant and more variable in crop monocultures.

However, while landscape type influenced both pest population sizes and variability, this was not always the case for other variables. “This research shows that the factors that promote high overall mean pest density are not necessarily the same factors that promote high variability in pest density,” Rosenheim said. “So, mean densities, which is what researchers have been studying for decades and decades, are only part of the story.  Variation in density, and in particular unpredictable severe outbreaks, need to be studied separately.”

“In Spain, planting multiple crops and retaining natural habitats would help stably suppress pests and prevent outbreaks,” said Paredes, a native of Spain who holds a doctorate in environmental sciences (2014) from the University of Granada. “Diversifying agricultural may be a win–win situation for conservation and farmers alike.”

"Therefore, we encourage agricultural stakeholders to increase the complexity of the landscapes surrounding their farms through conserving/restoring natural habitat and/or diversifying crops," the researchers wrote in their abstract.

Tapping into other large datasets such as this one, will be key to understanding whether diversified landscapes also help mitigate pest variability and outbreaks in other areas, they said.

This project was funded by the National Science Foundation with funds from the Belmont Forum via the European Biodiversity Partnership: BiodivERsA. It was also supported by the USDA National Institute of Food and Agriculture. 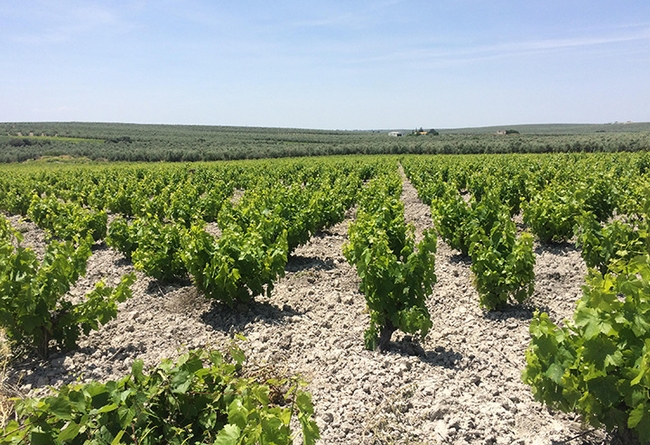 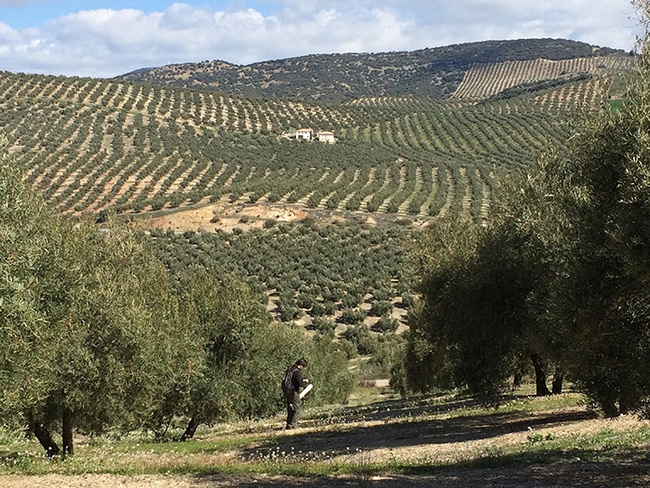 Daniel Paredes
Natural landscapes surrounding vineyards can decrease pest outbreaks and depress pesticide use, according to a UC Davis paper published in the current edition of the journal Ecology Letters.

Landscapes around farms are rarely managed to suppress damaging crop pests, partially because researchers rarely measure the key variables that drive farming decisions. This paper, however “shows how using really huge datasets—in this case generated by government employees working with farmers in Spain--can reveal how natural habitats surrounding agriculture can shape pest outbreaks and pesticide use in vineyards,” said co-author Jay Rosenheim, distinguished professor in the UC Davis Department of Entomology and Nematology. Daniel Karp, assistant professor, UC Davis Department of Wildlife, Fish and Conservation Biology
Why might pests be more of a problem on vineyards surrounded by more vineyards? One possibility is that vast stretches of vineyards allow pest populations to build up quickly. Another possibility is that simple vineyard landscapes may not contain enough resources to support predatory insects that natural control vineyard pests. Whatever the reason, it seems clear that “cultivating crops in monoculture creates the perfect conditions for specialist pest outbreaks,” they related, so “farmers have consistently turned to insecticides to maintain high yields under constant pest pressure.”

A solution? At an individual level, farmers may better control L. botrana populations through planting native vegetation in and around their farm. Ideally, they would coordinate with each other to maintain and/or restore large patches of productive, shrubland habitats in the surrounding landscape.

Their work was financed by the research project SECBIVIT, or “scenarios for providing multiple ecosystem services and biodiversity in viticultural landscapes,” and a National Science Foundation/USA grant. 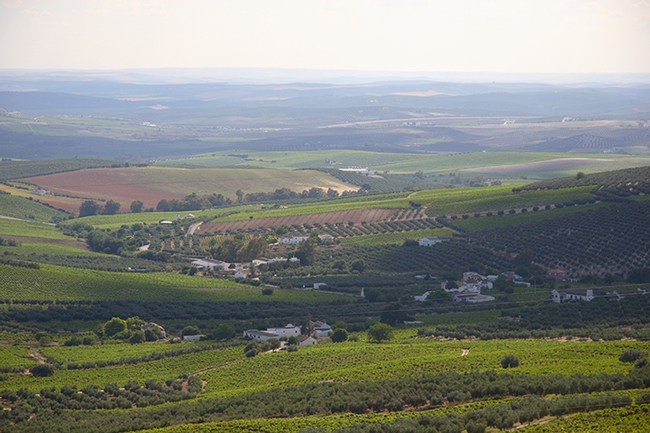 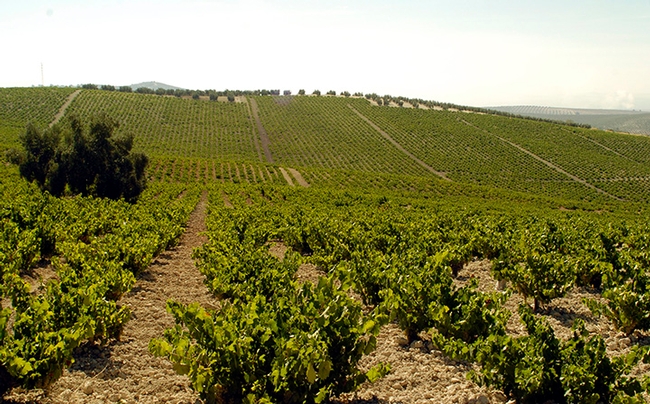