The special forum, set from noon to 1 p.m. in Room 194 of Young Hall, is a new addition to Biodiversity Museum Day, a 9 a.m.-to 4 p.m. event showcasing 13 museums or collections. The event is free and family friendly.

The slate of speakers: Young Hall will be the site of a public forum from noon to 1 p.m., Saturday, Feb. 15.
Each scientist will present a 15-minute talk, with a question-and-answer session to follow.

Art Shapiro
Prominent lepidopterist Art Shapiro, in his 49th year of service to UC Davis, joined the UC Davis faculty in 1971, first working in the former Department of Zoology. He has been monitoring California butterfly faunas since 1972. (See his website.) Shapiro is a fellow of the American Association for the Advancement of Science, the California Academy of Sciences, the Royal Entomological Society (U.K.) and the Explorers Club. Shapiro has authored some 300 scientific publications and the book, Field Guide to Butterflies of the San Francisco Bay and Sacramento Valley Regions. He has mentored 17 doctoral students and a similar number of master's students. Shapiro received his bachelor of arts degree in biology from the University of Pennsylvania in 1966 and his doctorate in entomology from Cornell in 1970.

Gabrielle Nevitt
Gabrielle Nevitt, a 25-year member of the UC Davis faculty, is a leader in the field of chemical ecology.  She is known for her pioneering work in the sub-Antarctic that established a climate regulator, dimethyl sulphide, as a keystone foraging cue in marine ecosystems.

Her research frequently appears in leading scientific journals, including Science, Nature, and Proceedings of the National Academy of Sciences, and has been featured in many documentaries, including David Attenborough's “Life of Birds.” She is spotlighted in a popular Audubon piece, "Birds Can Smell, and One Scientist is Leading the Charge to Prove It."

Nevitt has served as a contributing lecturer in the International Course on Sensory Ecology at Lund University in Sweden since 2008 and was the first woman ever to chair the Scientific Advisory Board for the Max Planck Institute of Ornithology in Germany.

A graduate of Stanford University, Nevitt received her doctorate in zoology from the University of Washington, and served as a postdoctoral researcher in the Department of Neurobiology and Behavior at Cornell University. She has mentored some 60 undergraduate, graduate and postdoctoral scholars in her lab, as well as serving in advisory roles to graduate students at other institutions.

Melanie Truan
Melanie Truan, 16 years in her current position, received her doctorate in ecology in 2004 from UC Davis, studying the plants and animals of Putah Creek and laying the groundwork for a long-term research program that continues today. She is particularly interested in the art of eco-investigation, “a sort of detective work that employs in-depth observation and species monitoring to infer the structure and function of ecosystems, the results of which can be used to devise habitat reconciliation strategies and management objectives.”  She holds a bachelor's degree in biology/environmental studies (1996) from UC Santa Cruz.

Truan says she is a self-professed "biophiliac" (E. O. Wilson 1984), bearing a strong urge to affiliate with other forms of life.

These four will be open from noon to 4 p.m.:

All 13 sites are within walking distance except for the Häagen-Dazs Honey Bee Haven on Bee Biology Road and the Raptor Center on Old Davis Road. Further information, including a campus map, is available on the UC Davis Biodiversity Museum Day website. 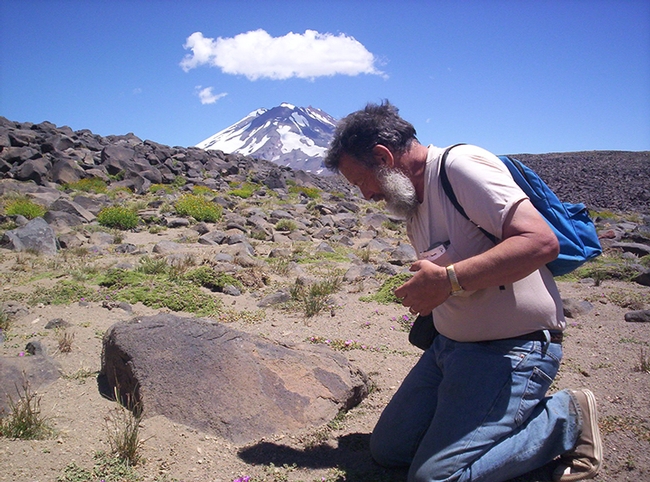 Professor Art Shapiro in the Argentine Andes during a Laguna del Diamante Field Trip. He will speak on "Are Our Butterflies in Trouble?" at the UC Davis Biodiversity Museum Day public forum. 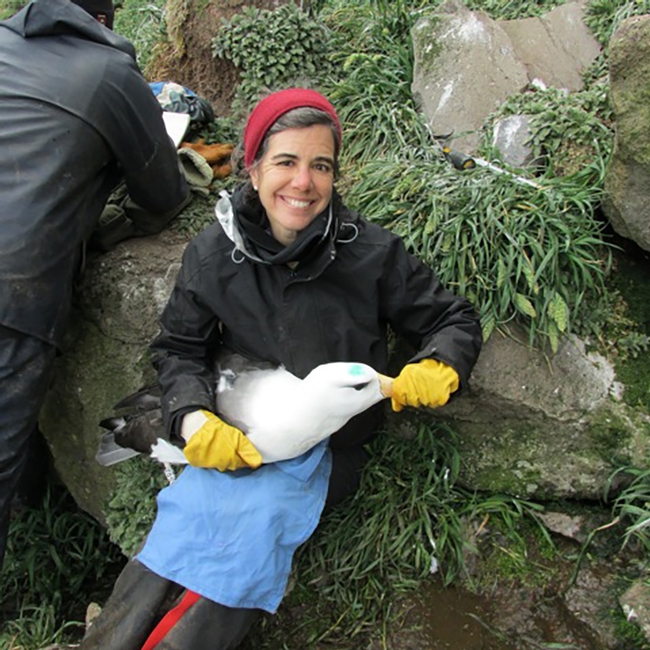 Professor Gabrielle Nevitt with blackbrowed albatross. She will speak at the UC Davis Biodiversity Museum Day public forum on "How Do Sub-Antarctic Seabirds Find their Food in the Vast Ocean?" 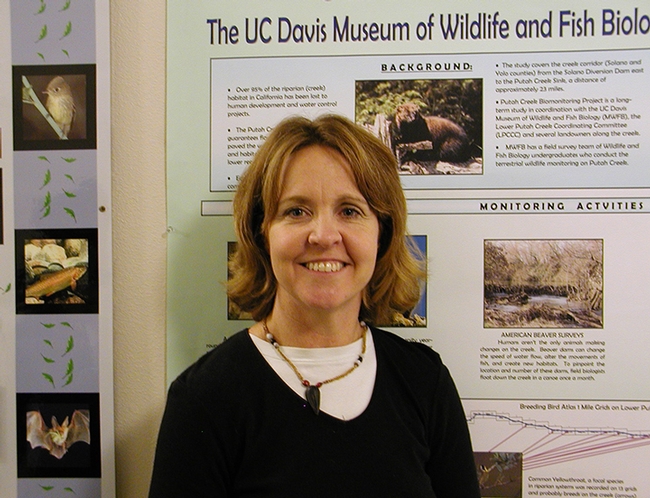