Rebecca Godwin won first in the poster competition for her research on trapdoor spiders and Lacie Newton won second for her oral presentation on species delimitation. Their major professor, Jason Bond, is the department's Evert and Marion Schlinger Endowed Chair in Insect Systematics.

"I am revising the genus Ummidia in the Nearctic region. I have approached this taxonomic problem by examining approximately 700 specimens of Ummidia from various collections (American Museum of Natural History, Museum of Comparative Zoology, Florida State Collection of Arthropods, California Academy of Sciences, and Auburn University Museum of Natural History). Examination of museum material has seemingly confirmed the undescribed diversity of Ummidia; preliminary estimates of New World species ranging between 50 and 60, with particularly high amounts of diversity in the Florida and Virginia. This study, along with many others conducted utilizing museum collections, is indicative of the importance of natural history collections and their usefulness in discovering unknown biodiversity.” Doctoral student Rebecca Godwin won first place for her poster at the American Arachnological Society. This is Godwin with a statue of Theodore Roosevelt in the American Museum of Natural History. She was doing some work in the archives there for the Ummidia revision.
Newton titled her work, “Species Delimitation of the Antrodiaetus Unicolor Species Complex Using a 3RAD Approach.” Her abstract: “Although species delimitation can be highly contentious, the development of reliable methods to accurately ascertain species boundaries is a fundamental and necessary step in cataloguing and describing Earth's quickly disappearing biodiversity. Species delimitation in spider taxa has historically been based on morphological characters; however, certain mygalomorphs are morphologically indistinguishable from each other yet have considerable molecular divergence." Doctoral student Lacie Newton won second place for her oral presentation at the American Arachnological Society meeting.
Godwin won the Auburn University's Department of Biological Science's Outstanding Service Award in 2016. She is the lead author of research published in 2018 in the journal Molecular Phylogenetics and Evolution on “Phylogeny of a Cosmopolitan Family of Morphologically Conserved Trapdoor spiders (Mygalomorphae, Ctenizidae) Using Anchored Hybrid Enrichment, with a Description of the Family, Halonoproctidae Pocock 1901.” She currently serves as a graduate teaching assistant in the course, "Biology 2C," at UC Davis.

Lacie Newton
Newton received her bachelor of science degree from Millsaps College, Jackson, Miss., in 2016, and then joined the Auburn University doctoral program. Like Godwin, she transferred to UC Davis with her major professor in 2018. Newton served as an undergraduate teaching assistant at Millsaps College for “Introduction to Cell Biology” and “General Zoology,” and as a graduate teaching assistant in “Introduction to Biology” at Auburn University. 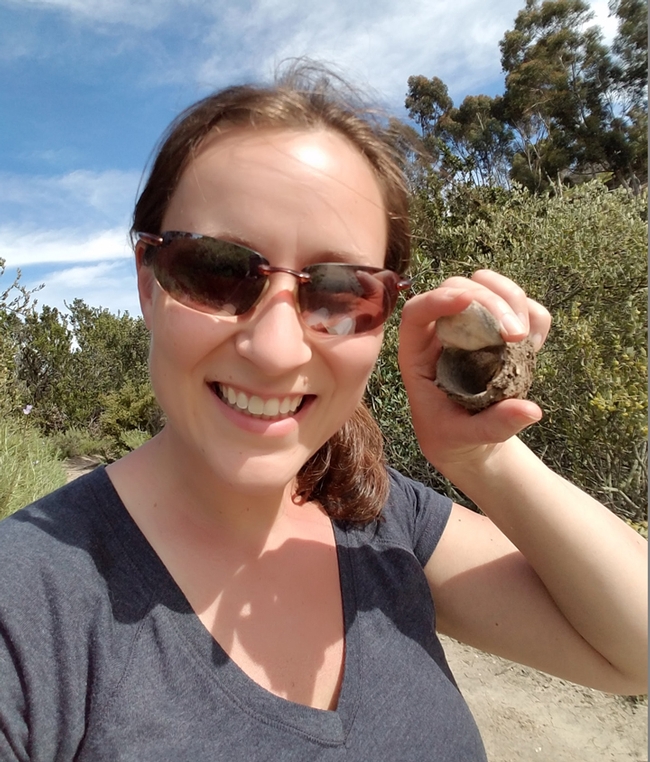