Yes, this is my first adoption and it is a 'Zinfandel' vine on the property of Lucas Winery in Lodi. The vines in this California Certified Organic Farm, CCOF, are over 80 years old. A friend took me there to celebrate my birthday and I saw an opportunity to take part in the winery’s educational series. At the first event in March, we learned how to do spring pruning of the vine. Winemaker and owner, Heather Lucas demonstrated how to prune the spurs from the “arms” of the vine. The idea is to prune away any spurs, except one that is closest to the arm. Then on the remaining spur it is pruned down to two buds. This sounds easy, but there are agonizing decisions to make. Should the thicker spur remain even though it is further away on the arm? It is often just a judgment call, as we saw Heather and her husband, David, discuss their cuts. Well, we will see what happens at the next class in May, when we go back to remove weak shoots to help the vine produce the best quality wine. 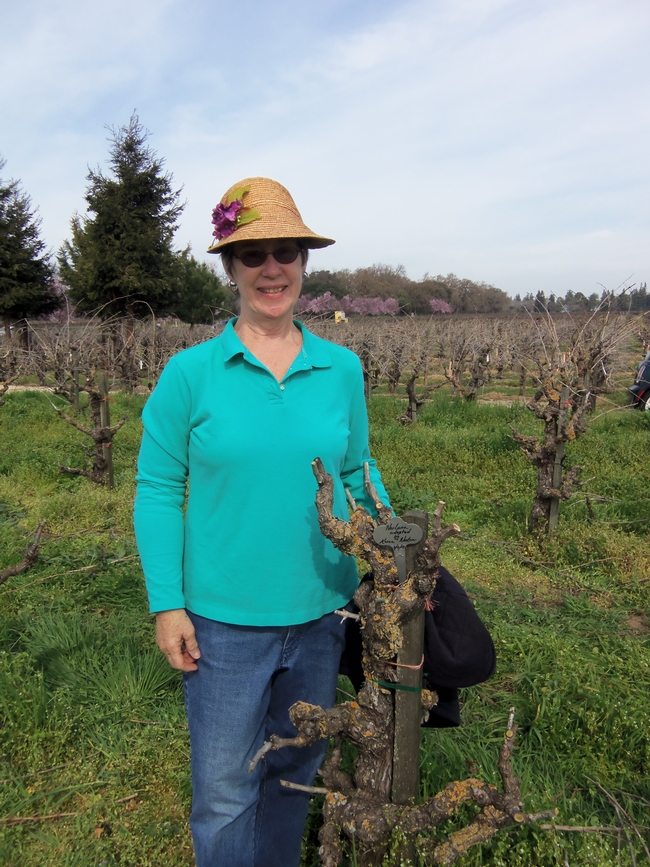 Karen and her vine. 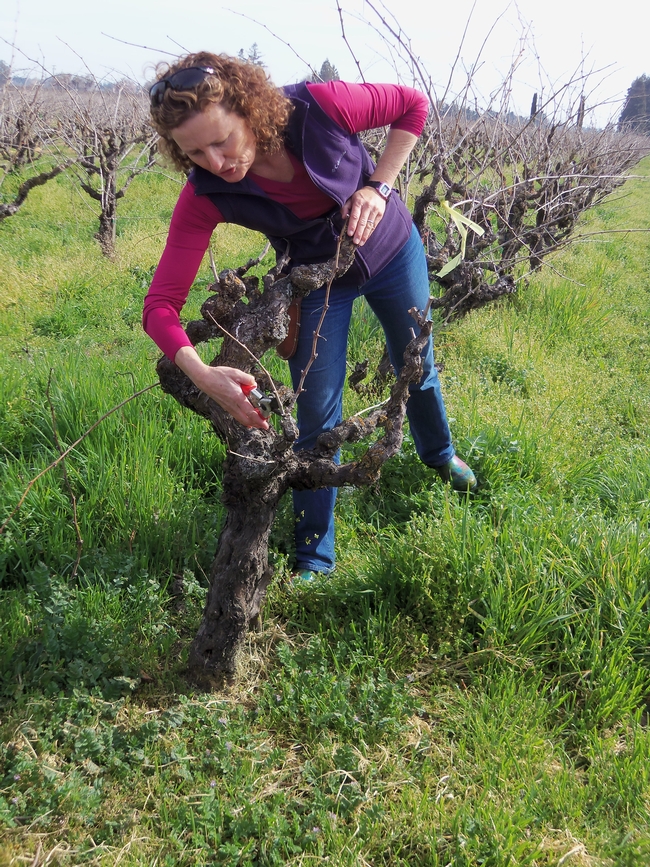 White potato vine, or Solanum jasminoides if you’re being formal, doesn’t look anything like a potato and grows up rather than underground.  Its leaves are nearly always bright green and it produces white flowers even in the winter. It disguises old fences nicely and can be trained to grow all over them.  If you prefer it can be trimmed to add just a couple of feet of greenery to the top of a fence that’s not quite tall enough to hide your neighbor’s unkempt backyard.

The vine is soft and pliable and easy to cut which makes pruning a relatively simple job.

It can get bushy if not trimmed occasionally, and may try to get away from you, which could require a harder pruning.  Afterward, agreeable as the White Potato Vine is, it will bounce right back to a more reasonable size and shape.

From the beginning white potato vine grows without much fuss.  Weather doesn’t seem to affect it, most any soil is just fine, thank you, and it requires little water after the first year or two.