Farmers tell their stories with social media
Published on: July 7, 2010 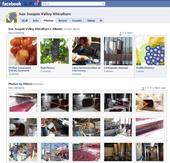 Frustration at being the targets of technologically savvy environmental and animal rights groups has inspired farmers to get involved with social media communications outlets like Facebook and Twitter, according to an Associated Press article by Julianna Barbassa.

"There is so much negative publicity out there, and no one was getting our message out," Denair dairy farmer Ray Prock Jr. told Barbassa. Prock writes blog posts and tweets regularly on everything from emergency drills for handling manure spills to lactose intolerance. On his...

The support will cover half the cost of voluntary, environmentally friendly control options, according to the NRCS press release. The pest control strategies, the release said, were developed and approved for use over the past five years by NRCS and the University of California Cooperative Extension. The cost of the treatment is about $208 per acre; NRCS will provide $104 per...

Fresno County Agricultural Commissioner Carol Hafner held a news conference yesterday to outline efforts to combat European grapevine moth after three were detected last week in Fresno County. The ag commissioner's office has been monitoring thousands of traps in the county as part of a statewide program to detect the invasive pest.

On April 28, the officials confirmed that two European grapevine moths were found in separate traps about a half mile apart in vineyards southeast of the city of Fresno. On May 1, one moth was found in a trap in the Kingsburg area.

Grape production is the No. 1 ag industry in Fresno County, with an annual value of more than $700... 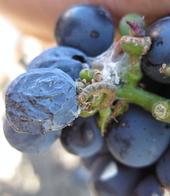 The St. Helena Star reported today on a sad coincidence for the Napa County viticulture industry. Within the last year, the three men who have held the position of Napa County UC Cooperative Extension viticulture advisor since 1952 passed away.

The story focused on the most recent passing, that of...