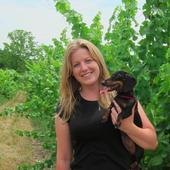 UC Cooperative Extension advisor Lindsay Jordan is growing 56 varieties of grapes at the UC Kearney Agricultural Research and Extension Center to see how varietals from other parts of the world flourish or fail, reported Sydney Maki in the Fresno Bee.

The front-page story provided an overview of Jordan's career, research plans and personality.

“My love of wine drives a lot – what can I say,” Jordan said. “I don't know about you, but I want to keep drinking wine until the day I die, so I really want to do my part to ensure the... 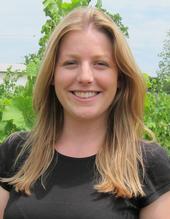 Lindsay Jordan has joined the academic staff of UC Agriculture and Natural Resources as a UC Cooperative Extension viticulture advisor for Merced, Mariposa and Madera counties, reported Jane Firstenfeld in Wines and Vines.

"We consider her a star," said Maxwell Norton, who retires June 30 after 30 years as a Merced County UC ANR advisor and county director.

Jordon told Wines and Vines that she expects water use,... 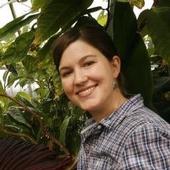 Two new UC Cooperative Extension viticulture advisors are the subject of a lengthy Q&A in Growing Produce. The juxtaposition of Allison Ferry-Abee, who serves Kings and Tulare counties, and Ashraf El kereamy, who serves Kern County, makes for interesting reading.

Ferry-Abee has deep valley roots. She is a native of Easton and her great-grandfather was a pest inspector for Sun Maid. Ferry-Abee earned a bachelor's degree at Fresno State and a doctorate degree at UC Davis.

El kereamy hails from Egypt. He... 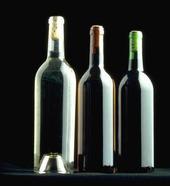 In France, Merry Edwards learned about the nuances different clones of a grape could impart. She returned to Sonoma County and advocated for clonal diversity.

When winemaker Merry Edwards was a student at UC Davis in the 1970s, there were no women professors, she said, according to a Reuters feature about her career. After graduation, Edwards faced gender discrimination when looking for her first job.

Edwards now has her own winery in Sonoma County's Russian River Valley and her own...

To commemorate the 150th anniversary of Lake County, the Lake County News is publishing a series of local historical stories. This week, the focus is on viticulture.

Within a quarter century of the county's 1861 establishment, it boasted 600 acres of vineyards. One vineyard was purchased in the late 19th century by flamboyant British actress Lillie Langtry. She sold the property in 1906. Prohibition and the vineyard's destruction soon followed.

But according to local legend, Langtry's legacy lives.

"Rumor has it that one of California’s oldest vines continues to grow on the Langtry Estate at the top of Tephra Ridge. It is...