In August we visited  Greater Vallejo Recreation District's (GVRD) Children's Wonderland for their  Annual Summer Concert Series:  Art & Concerts in the Park June - Sept (one each month).  Raymond Victor was a guest artist (he plays around Vallejo in many a charitable event).  We were amazed at how few people attended to hear some FREE blues on a beautiful day in a lovely park.   Usually there's a $2 entry fee per person.  Not everyone can or wants to pay for that privilege, but the grounds are very pleasant.  http://www.gvrd.org

Just outside the park entrance, the front of the Vallejo Parent Nursery School building has a Tulip tree (Liriodendron tulipifera) and Lily-of-the-Nile (Agapanthus orientalis).  A small playground with slides and swings is surrounded by a fence covered in Morning Glory (Ipomoea tricolor 'Heavenly Blue').

Enter the park through a castle guarded by crocodiles, with stained glass windows (Jack & the Beanstalk, Alice, Pinocchio, dinosaur) and with small dragon heads on the backside.  Several playground areas, with many slides:   giant teapot house/slide with teacup chairs, sandlot with in-ground dinosaur and stone picnic table/benches, train with station house and hotel, swings (for varied ages), Vallejo fire truck, and a large playground with slides and stationary, bouncing rides.  Picnic areas:   tipi/teepee open area, Humpty Dumpty open area,  large pergola, covered band shell, Alice in Wonderland gazebo (with painted murals inside & out with quotes from Maurice Sendak and other children's books).   A giant, working chessboard where you move the pieces as you walk the board.   The bathroom has giant King and Queen playing cards at the entrance to identify gender. 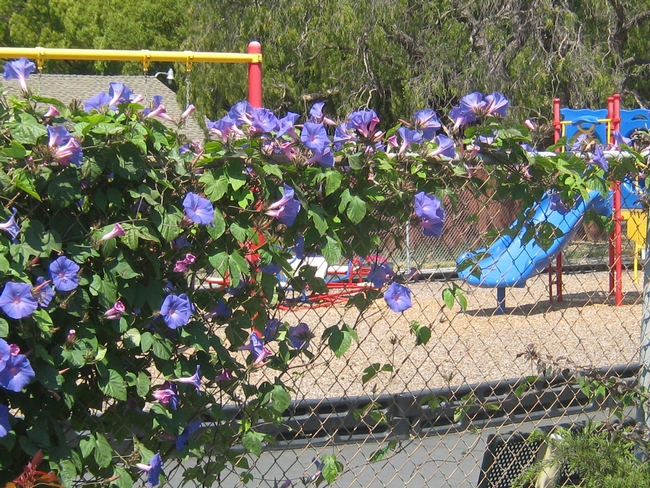 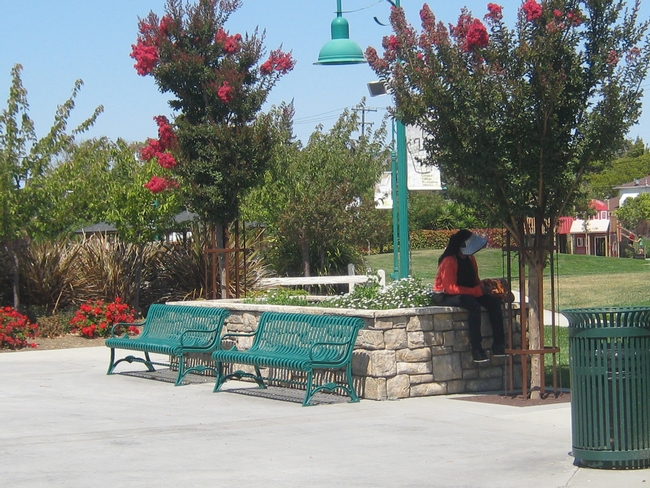 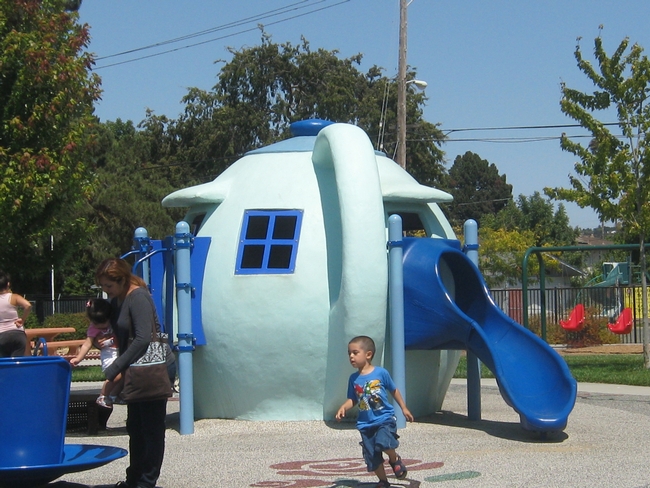 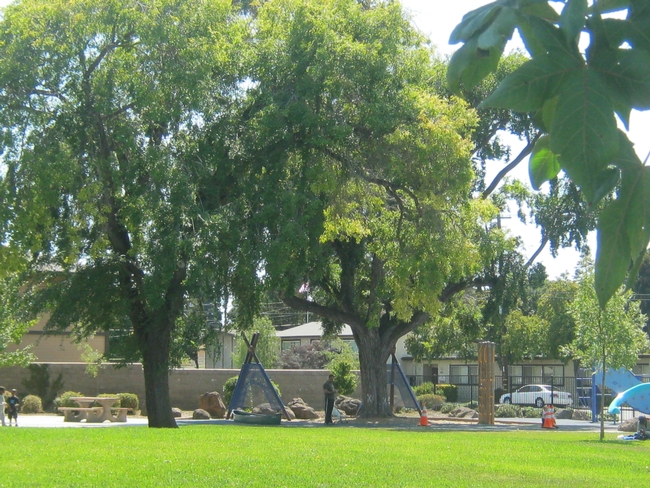 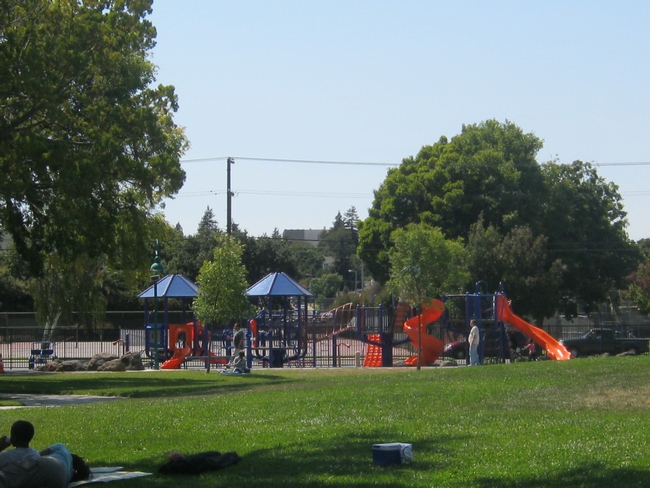 Tags: children''s wonderland (1), music (1), park (1), plants (34)
Comments: 1
Comments:
by c. hanson
on December 29, 2014 at 2:45 AM
Could you please send me info about ivy children's wounderland fence vines. Where to buy them they look like a fast growing hearty morning glory vine to cover my fence.and any info that might be helpful thank you chris.....
Leave a Reply: