Two of the Footed Ferns

Published on: August 7, 2018
Among my fern collection are two with feet. Both are epiphytic meaning they retrieve nutrients and moisture from the air. In their native habitat, these “feet” (or rhizomes) wrap around and cling to tree trunks. When such ferns are placed in a container, the furry paw-like feet slowly crawl over and down the edges of their pots similar to orchid roots. This characteristic makes these ferns more intriguing with age. At first glance, you might say these fuzzy rhizomes look like hairy spider legs — until you see fronds sprouting from them.
One of the footed ferns in my garden, botanically known as Davallia fejeensis, is commonly called a rabbit's foot fern. The second, botanically known as Davallia trichomanoides, is called a squirrel's foot fern. The genus name pays tribute to the English-born Swiss botanist Edmond Davall (1763-1798).
Both of my ferns experienced a different environment bordering on abandonment and neglect. Both were planted in clay pots. The squirrel foot was placed beneath two trees next to groupings of sword ferns that grow in the ground. I knew that squirrel foot ferns often grew in hanging baskets and could tolerate outdoor temperatures. On the other hand, the rabbit foot liked indirect sunlight and humidity and had no tolerance for low winter temperatures. So I set it next to a window near the shower.
Both are still alive after almost ten years of being left to survive on their own. A couple weeks ago I took a good look at them and realized they need a little tender loving care to bring them back into their prime. So during my research, I decided to write this blog and share a couple care tips that I plan to implement. One rule applies to both ferns is DO NOT bury the rhizomes in soil or they will rot. I learned that the hard way.
SQUIRREL'S FOOT:
Native habitat: Indonesia, New Guinea and Malaysia
Leaves: Delicate grayish-green fronds finely divided
Light: Prefers shade to part shade
Water: Likes sprinkling. Needs enough water in growing season and when dormant, but does not tolerate saturation. I place the pot atop a brick for adequate drainage.
Location: Can survive outside in sheltered areas. Does not tolerate temperature below 20̊
RABBIT'S FOOT:
Native habitat: Fiji
Leaves: Frond tips turn brown in hot dry air
Light: Indirect. No direct sun.
Water: Needs humidity. Likes misting.
Location: Often grown indoors in pots or hanging baskets. Prefers 60-75̊average room temperature spring to fall. No lower than 55̊ in winter. 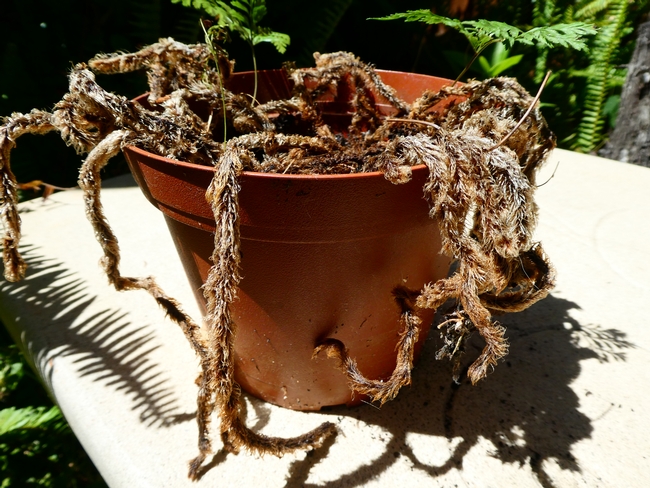 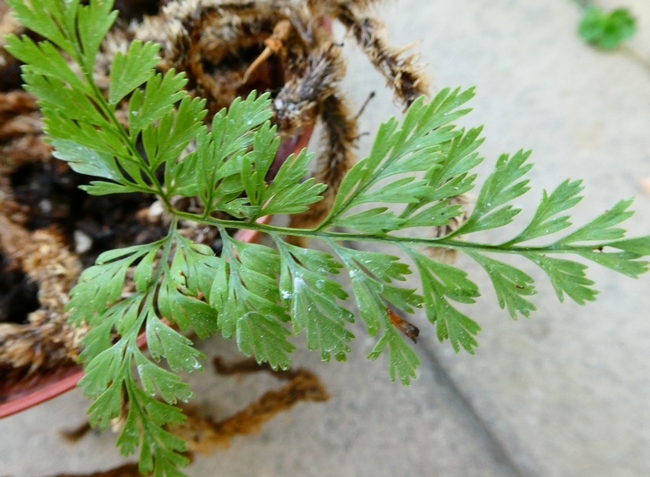 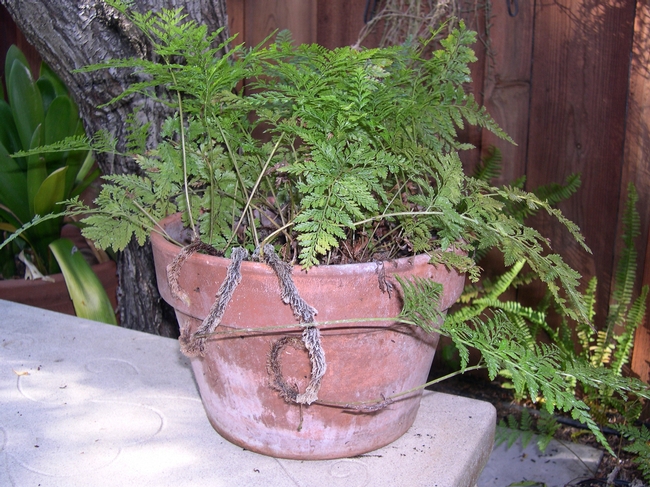 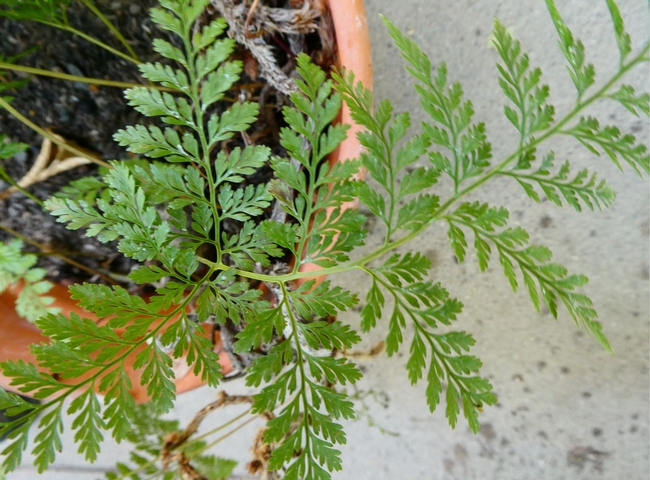