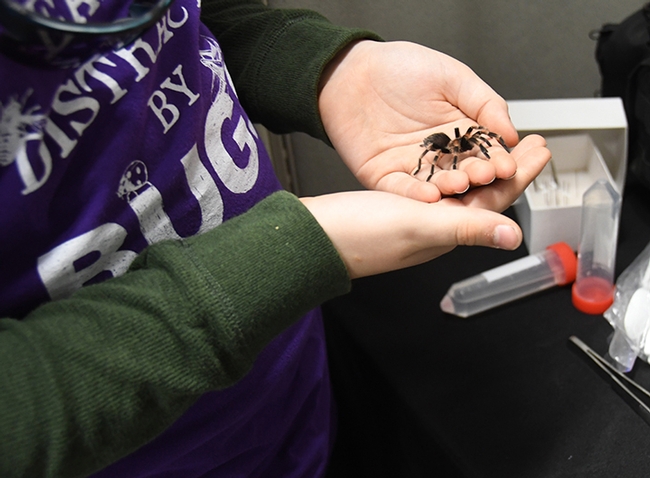 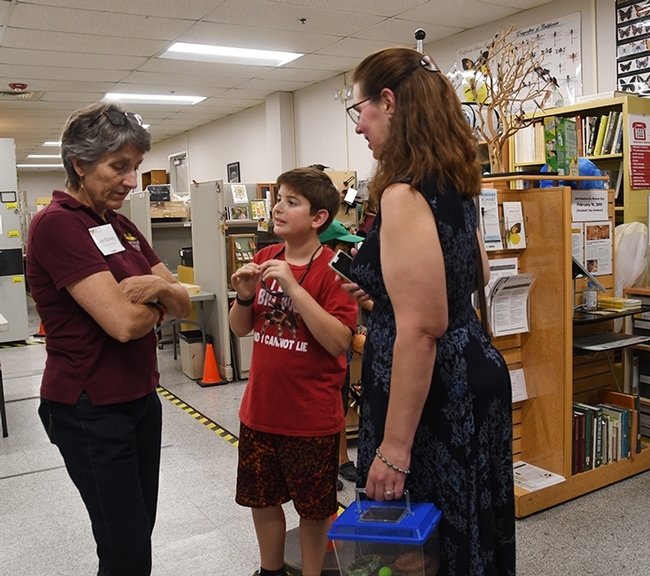 Delsin Russell of Vacaville, then 8, attended an open house last August at the Bohart Museum of Entomology with his mother, Beth. Here they chat with Lynn Kimsey, director of the Bohart Museum and professor of entomology at UC Davis. (Photo by Kathy Keatley Garvey)
Focus Areas:
Focus Area Tags: 4-H, Agriculture, Economic Development, Environment, Family, Natural Resources, Pest Management
Tags: 4-H (7), Beth Russell (1), Bohart Museum of Entomology (474), Delsin Russell (1), Kathy Keatley Garvey (24), Lynn Kimsey (345), Mexican redknee tarantula (1), Santa Claus (6), Vaca Valley 4-H Club (2)
Comments: 2
Comments:
by Anne E Schellman
on January 17, 2019 at 7:54 AM
As a self-proclaimed "bug nerd" and spider lover, I got a real kick out of this article and Delsin's t-shirt slogans. So great to see someone so young interested in becoming an entomologist!
by Cake Delivery KL
on December 12, 2021 at 10:39 AM
Wonderful post! Keep up the good writing. Thanks for sharing with us!
Leave a Reply: