Steven Seybold, 1959-2019
Noted forest entomologist and chemical ecologist Steven Jon Seybold, a lecturer and researcher with the UC Davis Department of Entomology and Nematology and a research entomologist with the Pacific Southwest Research Station, USDA Forest Service, Davis, died Friday, Nov. 15 at Sacramento Sutter Hosptital of a heart condition. He was 60.

Born Oct. 14, 1959 in Madison, Wisc., he was one of the pioneering scientists researching the newly discovered thousand cankers disease (TCD), caused by the walnut twig beetle, Pityophthorus juglandis, in association with the canker-producing fungus, Geosmithia morbida. He was a worldwide authority on the insect, fungus and disease.  (See obituary in Davis Enterprise)

He received his doctorate in forest entomology at UC Berkeley where he specialized in pine bark beetles. He completed postdoctoral work at the University of Nevada-Reno and was on the faculty of the University of Minnesota-St. Paul for several years before returning to California in 2002.  He was an accomplished musician, playing the clarinet.

Steve is survived by his widow, Julie Tillman, and daughters Natalie Ann, 11, and Emily Jane, 17. He was preceded in death by his father, Robert. Other survivors include his mother, Patricia; brothers Russel and Richard (Julie).

"Steve loved his work and his daughters with his whole self and heart," Julie said. "He will be sorely missed by his family and friends, his lab family and his huge network of professional colleagues." 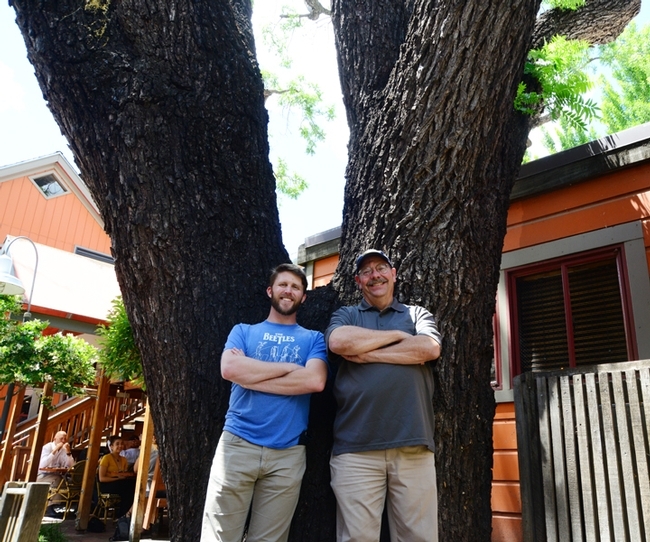