Ann Holmes, fourth-year graduate student, will discuss her research on bats at the Bohart Museum of Entomology open house.
When you watch bats emerge at dusk in the summer from the Yolo Causeway, have you ever wondered what insects they eat?

Holmes will be among the six doctoral students showcasing their research at the UC Davis Bohart Museum of Entomology  open house themed “Time Flies When You Are Studying Insects: Cutting Edge Student Research,” on Saturday, Jan. 18. The event, free and family friendly, will be held from 1 to 4 p.m. in Room 1124 of the Academic Surge Building on Crocker Lane, UC Davis campus.

Holmes, affiliated with the Graduate Group in Ecology, Department of Animal Science, and the Genomic Variation Laboratory,  says that "Insects in bat poop are hard to identify because they have been digested, but I can use DNA to determine which insects are there. We care about which insects bats eat because bats are natural pest controllers. With plenty of bats we can use less pesticide on farms and less mosquito repellent on ourselves."

She does not have any results yet (coming summer 2020), "but we expect to see some of the common agricultural pests such as corn earworm as well as mosquitoes and midges. Previous studies using microscopic examination are rarely able to ID the prey to species level, but DNA may be able to change that!"

The insects eat crops such as rice, so bats provide a valuable service to farmers, Holmes points out. "Hungry bats can eat as much as their own body weight in insects each night. Visitors can expect to learn how DNA is used to detect insects in bat guano." And the bats? Every summer, some quarter-million migrating Mexican free-tailed bats nest in the Yolo Causeway's expansion joints where they give birth. They fly out at dusk to feast on insects.

The Bohart Museum open house will feature "a diversity of topics,” said Tabatha Yang, education and outreach coordinator for the Bohart Museum. “I just love how this university excels at interdisciplinary research. We may be the Entomology and Nematology Department but we are connected to so many fields of research. “Our grads are our future's hope and here they are inspiring others."

Other doctoral students who will showcase their research are: 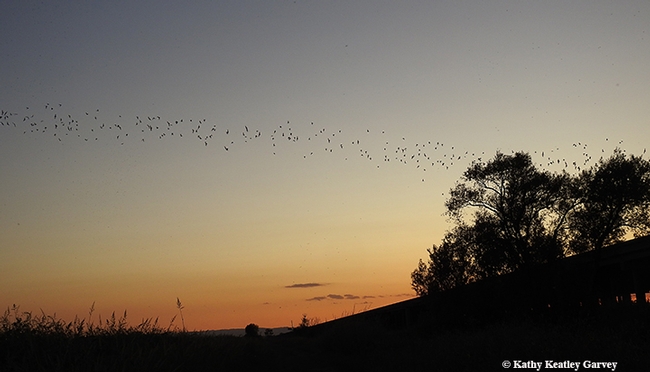 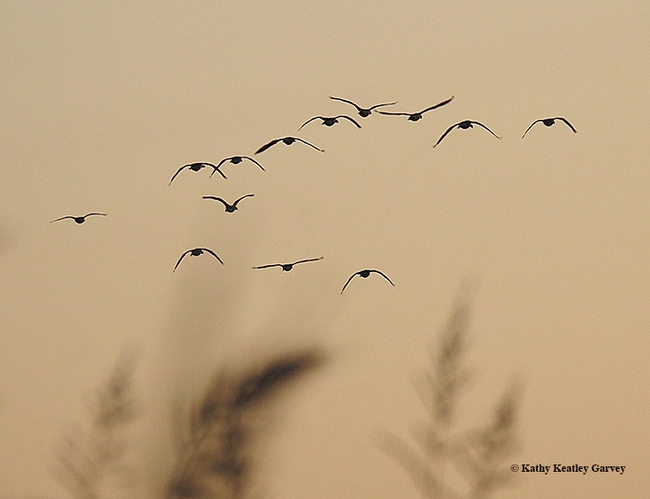 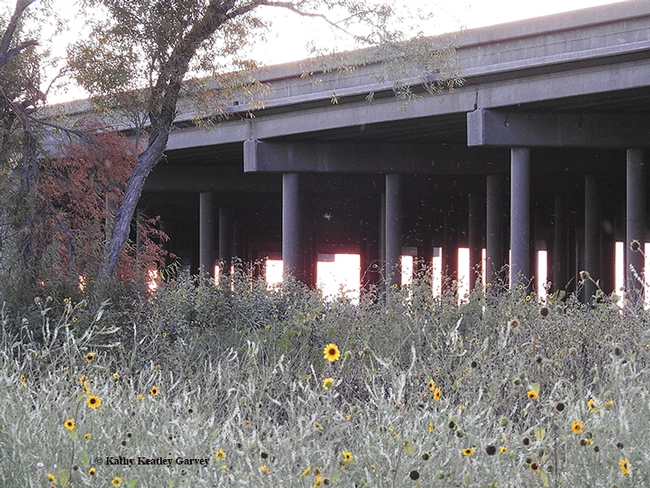 Thousands of bats nest in the Yolo Causeway during the summer. (Photo by Kathy Keatley Garvey) 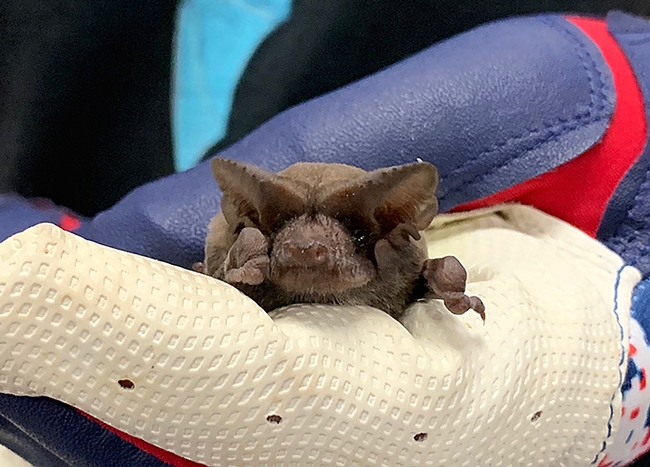