As you move through the different phases of your life, you find yourself invited to many different occasions.  When you're in your twenties, you find yourself invited to many weddings, and then after a few years baby showers.  Unfortunately, I'm now in the phase of my life when funerals are all too common.  This brings me to the topic of sympathy flowers.  If you have ever wondered what flowers are traditionally sent as sympathy flowers and why read on.

Both living flowers and cut flowers are often sent.  Flowers sent in sympathy often include white lilies because they're often regarded as symbols of purity and innocence.  It's also said they're symbolic of the soul of the departed and the hope offered by the renewal process.

Other popular sympathy flowers include white carnations that are said to represent purity, innocence, and pure love.  White gladioli are symbolic of sincerity, moral integrity, and strength of character.  White roses represent reverence and remembrance.  And white orchids are symbolic of everlasting love. White chrysanthemums represent grief.  But it should be noted that in some European countries' chrysanthemums are only sent to be placed on gravesites.

Regardless of the sympathy flower or arrangement of flowers you chose to send, I'm sure they will be appreciated and comforting to the recipient. 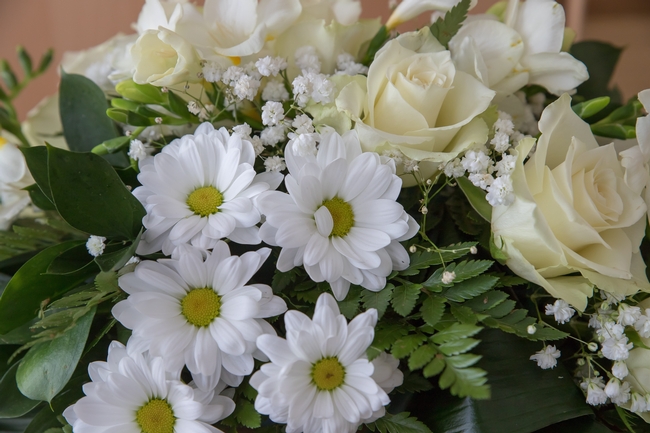 photo from www.pxfuel.com/en/free-photo-qzewu
Comments: 1
Comments:
by howard fitzpatrick
on October 16, 2021 at 9:57 AM
My dad called Calla Lilies casket lilies. I guess this explains why.
Leave a Reply: