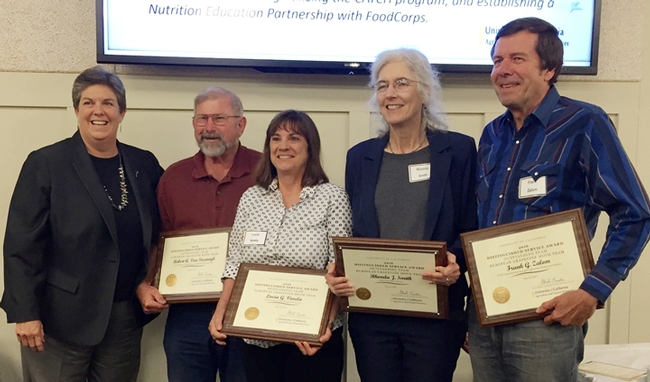 Extension apiculturist Eric Mussen of the UC Davis Department of Entomology and Nematology, is the recipient of the 2013-14 Distinguished Service Award for Outstanding Extension from the UC Agriculture and Natural Resources (UC ANR).

Mussen, who will retire in June, was honored for 38 years of outstanding service. He devotes his research and extension activities toward the improvement of honey bee health and honey bee colony management practices.

Since 1976, he has written and published the bimonthly newsletter, from the UC Apiaries, and Bee Briefs, providing beekeepers with practical information on all aspects of beekeeping.

Eric Mussen in the 1970s.
"Without question, Eric is the No. 1 Extension person dealing with honey bees in the nation, if not the world," said MacArthur Genus Awardee Professor Marla Spivak, Distinguished McKnight University Professor Apiculture/Social Insects at the University of Minnesota. "Research colleagues, beekeepers and the public are all very lucky to have him.”

Said Extension Specialist John Skinner of the University of Tennessee: “Eric is one of the most well-respected and influential professional apiculturists in the nation. If I could select one person to represent the apicultural scientific community including research, regulation and extension, I would choose Eric.”

“Those of us in the bee industry who have been privileged to know and work with Eric appreciate his vast knowledge of honey bees and great communication skills," Gene Brandi, legislative chairman of the California State Beekeepers' Association. "Whether addressing scientists, beekeepers, growers, government officials, the media or anyone else, Eric can be relied upon to convey scientifically accurate information about honey bees and the beekeeping industry.”

Said native pollinator specialist Robbin Thorp, emeritus professor of entomology at UC Davis: "He has played an invaluable role as a linchpin between honey bee researchers and the beekeeping industry and the commodity groups which depend on honey bees for pollination of their crops. His knowledge of honey bees and their biology, management and colony health is highly valued by his colleagues and clients. Eric is not only our state expert on all topics relating to honey bees, but is sought after by national level organizations to participate on committees dealing with the most important concerns of the beekeeping industry."

Highly honored by his peers at the regional, state and national levels, Mussen received the prestigious American Association of Professional Apiculturists Award for Apicultural Excellence, and scores of other awards. He's served as the president of numerous organizations and keynoted their conferences.

"I am basically all pro-bee,” Mussen told the American Bee Journal in a two-part feature story published in the September of 2011. “Whatever I can do for bees, I do it...It doesn't matter whether there is one hive in the backyard or 15,000 colonies. Bees are bees and the bees' needs are the bees' needs.”

Mussen credits his grandfather with sparking his interest in insects. His grandfather, a self-taught naturalist, would take his young grandson to the woods to point out flora and fauna.

The UC ANR Distinguished Service Awards are given biennially for outstanding contributions to the teaching, research and public service mission of the Division, Allen-Diaz said. 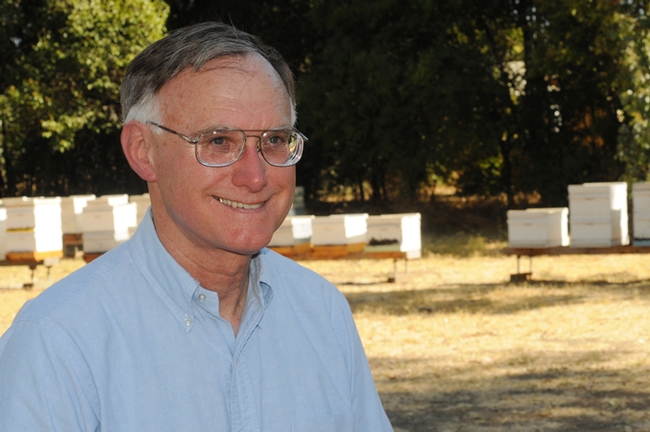 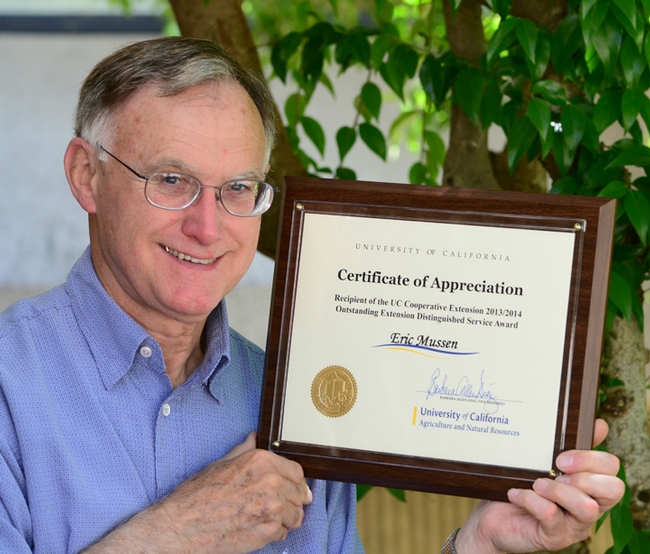