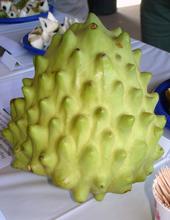 "This could be the next banana — it would make it a lot more popular," said