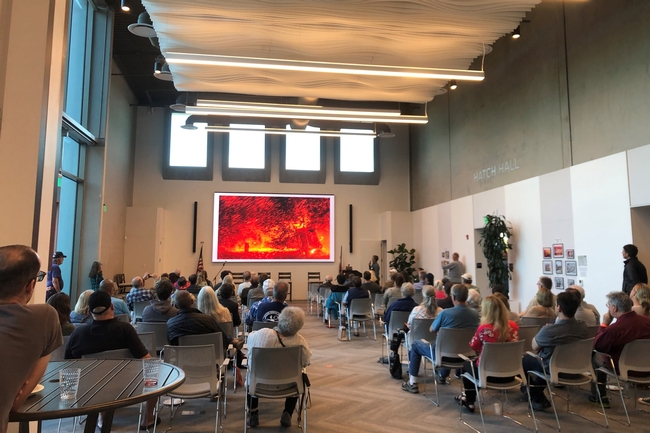 Mapping those underserved communities – and ensuring they have a more equitable share of attention – are some of the goals of a new, more comprehensive approach to wildfire, currently being piloted in Santa Barbara County. This “Regional Wildfire Mitigation Program” aims to fill in many of the gaps left by CWPPs, which tend to have a more narrow focus on fuel reductions for a specific locality. 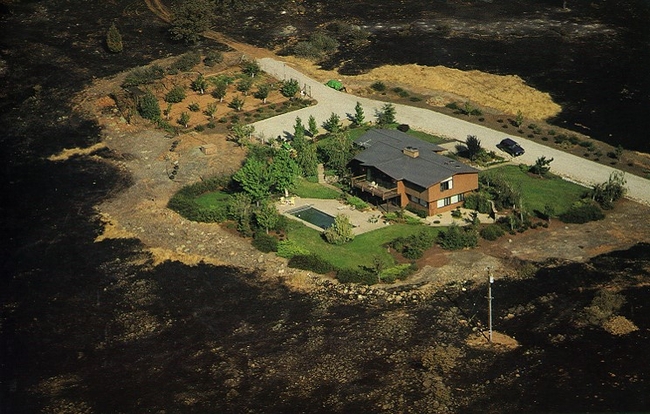 The creation of defensible space – a major reason why this home was spared from the worst of a wildfire – is just one component of a more comprehensive approach to wildfire mitigation. Photo courtesy of Santa Barbara County Fire

“They certainly have their role and benefits, but CWPPs are pretty limited in scope,” said Max Moritz, University of California Cooperative Extension's statewide wildfire specialist. “They're really focused on modeling and prioritizing fuel breaks, and they leave all of these other aspects of our fire problem – our vulnerabilities, our potential losses – unaddressed.”

Moritz is the lead author of a recently published research article that describes the Regional Wildfire Mitigation Program's three key areas (or “domains”) for wildfire mitigation work: the built environment (pinpointing and addressing needs in buildings/infrastructure), landscape (creating buffers through land use policies and management choices), and community (educating the public on home hardening and other issues).

“It's this holistic approach that combines all of these elements, and each one of those elements speak to each other – they can't be independent,” said Hazard, a study co-author.

He got together with Hazard, who began his career as a “hotshot crew” firefighter with the U.S. Forest Service and has been with Santa Barbara County Fire Department for nearly 25 years. 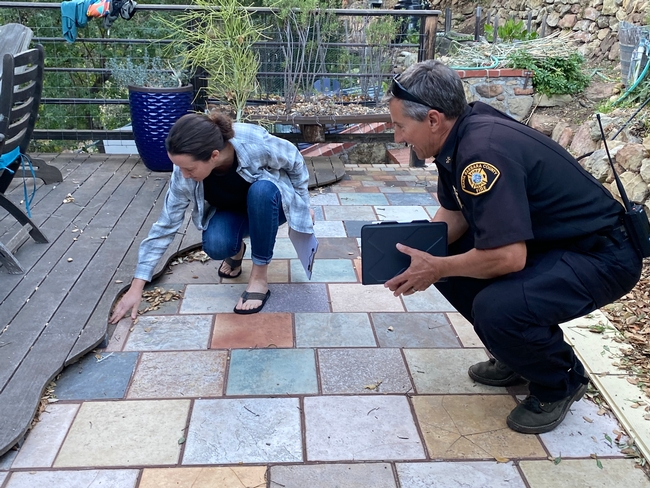 By the end of the pilot program along the south coast of Santa Barbara County, the team hopes to have refined a “decision support system” that other communities across the state – and perhaps around the globe – could use. The framework would incorporate their localized risk assessment data and conditions to help generate lists of prioritized projects across the three “domains” of wildfire mitigation.

The ability to adapt to new data and continual changes in ecosystems, communities and climate is another advantage of the RWMP. Unlike a “plan” that tends to be a one-off with a defined start and end date, this wildfire mitigation “program” is designed to pivot and evolve as conditions change. The goal is to motivate and guide implementation of risk mitigation activities in each domain.

“The program is a living program, so it's not going to be some PDF that sits on a server somewhere,” Hazard said.

One of the early lessons from the RWMP pilot has been that – aside from funding – a crucial factor in maintaining the momentum of a wildfire mitigation program is the presence of a dedicated group of community members.

“In each community, we'll need a group that is ready to take this on and spearhead it and run with it,” Moritz said. “In many communities, that will probably be the Fire Safe Council.”

And while Moritz, Hazard and other experts serve on the volunteer Board of Directors for Santa Barbara County Fire Safe Council, they soon realized that they needed to hire staff to perform the “community domain” work of educating and reaching out to residents. 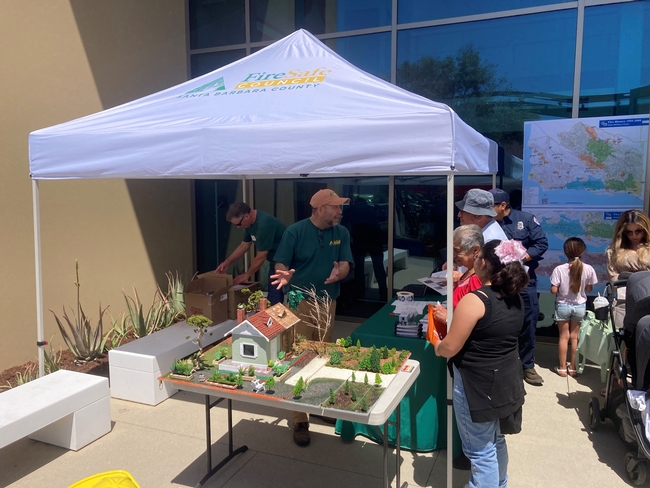 The Santa Barbara County Fire Safe Council plays a leadership role in the "community" domain of the RWMP, serving as a source of information and resources at public events. Photo by Nic Elmquist

A $5 million grant from the National Fish and Wildlife Foundation for the RWMP project helped build the capacity of the council, which hired its first staff member, Anne-Marie Parkinson, last fall.

“A lot of people underestimate how important it is to have community activists or leaders who take on the role and responsibility of organizing people, being the point of contact, rallying people to do activities or work days,” said Parkinson, a graduate of UCSB's Bren School and a co-author of the RWMP study.

Parkinson has been working to get communities recognized by Firewise USA, a program of the National Fire Protection Association to organize residents in bolstering wildfire preparedness and reducing risk.

Although she has been encouraged by the awareness and activism among the community members she has met, Parkinson also hears from residents about the need for more resilient power and communications networks – concerns that could be better addressed by consolidating those requests with a regional approach.

There are many communities in fire-prone environments that are in need of help, and climate change makes their situation increasingly urgent, Moritz said, and a new and comprehensive framework – the RWMP – now exists for assessing and mitigating multiple risks.

“Every community has its own unique fire hazards and its own unique spatial layout of neighborhoods and vulnerabilities inherent to those neighborhoods,” he said. “But despite the uniqueness of each community and each region, I'm hoping this will provide a somewhat systematic way to approach making progress and mitigating a whole suite of risks.”

People interested in learning more about the RWMP approach are encouraged to contact Graham Wesolowski at gwesolowski@sig-nal.org or Max Moritz at mmoritz@bren.ucsb.edu.