Youth ages 9-12 will have an opportunity to learn what it means to be sustainable through fun activities in a virtual summer camp. The camp will be held July 20-24th, with campers meeting online daily from 10-11:30 a.m. The camp is free of charge, but pre-registration is required.

The Sustainable You! Summer Camp is hosted by the University of California Cooperative Extension (UCCE) 4-H Program, in partnership with the UC Hansen Agricultural Research and Extension Center (UC HAREC), and the City of Ventura Environmental Sustainability and Water departments. “The Sustainable You! Summer Camp is an engaging way for kids to think about their role in creating a sustainable future while having a lot of fun. This has been a summer day camp at UC HAREC for a number of years. While we're going virtual this year, we are working hard to ensure that the fun and focus of the camp remains true for the participants.”

The virtual camp will explore sustainability across five major theme areas: land, water, food, air and energy. A typical day will include:

The virtual camp is part of the online educational programs being organized by UCCE Ventura County. Learn more here. 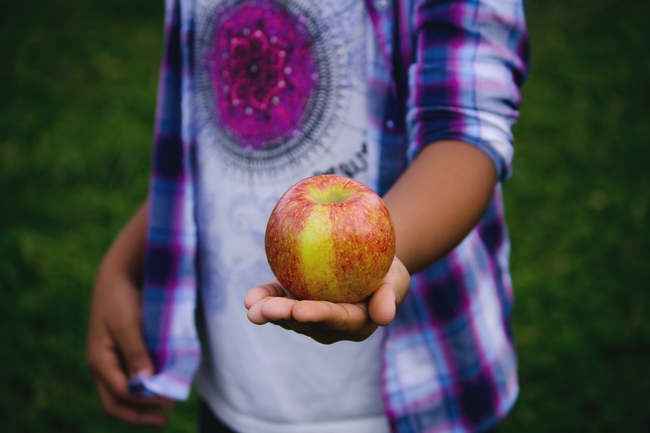 We also suggest you bookmark the VC Emergency portal. You can access the Ventura County Emergency Preparedness Guide in English and Spanish.

Here are other resources we recommend:

Be sure to follow our UCCE Livestock & Range page on Facebook. Advisor Matthew Shapero helms that page and often posts fire information there. If you haven't had an opportunity to meet Matthew, you can learn more about his work in this blog post.

ICYMI, here's a #goodread about Pandemic and Wildfire: California is Preparing for a Crisis Within a Crisis 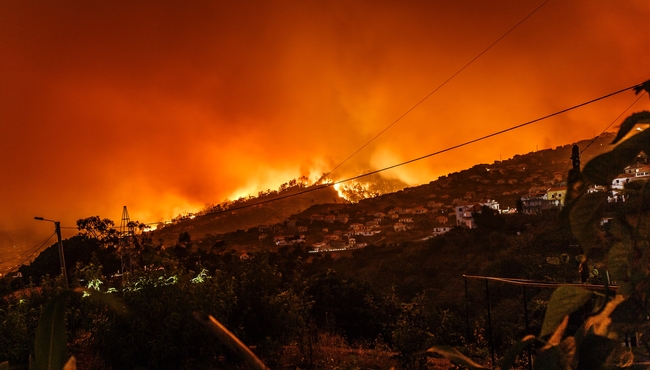 Credit: Michael Held, Unsplash
Public Value: UCANR: Promoting healthy people and communities
Focus Area Tags: Environment, Health
Tags: emergency preparedness (1), safety (34), ventura county fire department (1), wildfire (4), wildfire ecology (1), wildfire recovery (1)
Comments: 0
UCANR: Developing an inclusive and equitable society
"Big Dig" Day of Giving is Friday, June 5th
Published on: June 4, 2020
Big Dig Day, UC Agriculture and Natural Resources and UCCE's independent statewide giving day, is tomorrow! Join us at midnight and be the first to give - or visit us anytime tomorrow as we highlight the impact of our programs.
Tomorrow, on Big Dig Day, donate to UCCE Ventura and its programs, including 4-H and the Ventura County Master Gardeners. Your support helps extend research-based knowledge and information in Ventura County...and across California.
With your support, we invest in our communities - to be a neighbor in times of need, bringing practical, trusted answers to our local communities. An investment in UCCE represents an investment in Ventura County's present and future.
Make a gift: ucanr.edu/BigDig On Friday June 5th, UCCE Ventura will launch a local campaign as part of UC ANR's statewide giving day, which we're calling “Big Dig Day”...a day to “dig deep” to support the UCCE programs that you care about in Ventura County.

We invite you to support our mission to extend research-based knowledge about home gardening, pest management, and sustainable landscape practices to our communities. Our program is driven by 209 active volunteers who use UC science-based information to offer solutions to gardening, landscape, and pest challenges. Last year, our volunteers donated 12,561 hours of service to the program.

The Master Gardener Program helps Ventura County grow in many ways, including: Since 1914, the Ventura County 4-H Program has served generations of youth and families. Our motto is “To Make the Best Better.” Through our volunteer-driven experiential programs, we help Ventura County youth develop life and leadership skills that enable them to succeed. In the last 100 years, Ventura County has changed. But some things never change, including our belief in the power of youth.

Help us serve even more youth by donating on “Big Dig” Day. Now more than ever, we all know the value of community. In times of crisis and beyond, we are here. We live where you live.

By donating to the Master Gardener Program and the 4-H Program, you help us extend the knowledge and resources of the University to our community. Join us on 6/5 and #DigDeep to support our UCCE programs.

Mark your calendar, spread the word, and stay tuned for more details. 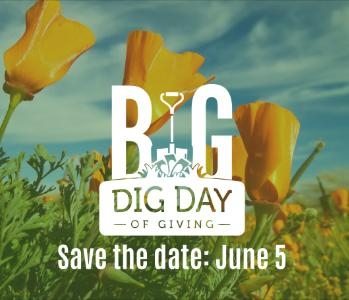 The flowering spikes of the octopus agave (Agave vilmoriniana), currently in bloom in the Master Gardener Demonstration Garden at HAREC in Santa Paula, are seriously impressive at more than 12 feet tall. Octopus agave is a drought-tolerant plant native to the Mexican desert where it grows on rocky ground. The gray-green smooth, twisting leaves with flexible spikes at the tips give the plant an octopus-like appearance. Like other agaves, it is monocarpic, flowering only once in its life before it dies.

Agaves belong to the family Asparagaceae and are therefore related to asparagus. Indeed, young flower spikes may resemble giant asparagus spears. Flowering usually occurs between 6 and 25 years of age. The plant invests all of its energy into producing a spectacular flower display as its last hurrah. The copious small yellow flowers start opening at the bottom of the spike, moving upwards in waves. Flowering may occur over a period of 4 to 8 weeks.

Agave flowers are a magnet for pollinating insects and hummingbirds. However, in their native habitat, nectar-feeding bats, such as the lesser long-nosed bat and the Mexican long-tongued bat, play an important role in agave flower pollination. This may also explain the height of the flower spikes. Bats pollinate at night and are critical for seedset. In the absence of these specialized bats, fewer than 5% of the flowers may produce seed. Commercial cultivation of agave for tequila, which involves cutting off flower stalks, as well as pesticides and habitat destruction have been put forward as reasons for the current endangered status of some of these bat species in Mexico.

In addition to seeds, plantlets called “bulbils” may be produced in large numbers on spent flower stalks. These bulbils are exact clones of the mother plant and will root readily when planted in soil. While clonal reproduction is a good short-term strategy for plant survival, it does limit genetic diversity which makes the species less adaptable to environmental changes in the long term.