The piece on the Bohart tour chronicled the visit of UC Davis Chancellor Gary May and Dean Helene Dillard of the UC Davis College of Agricultural and Environmental Sciences. Director Lynn Kimsey, UC Davis professor of entomology, discussed the teaching, education and public service underway at the museum, home of nearly eight million insect specimens, plus a gift shop and live "petting zoo."

Chancellor May and Dean Dillard expressed a strong interest in the science: the specimens, scientists and research. But the live petting zoo containing Madagascar hissing cockroaches, walking sticks (stick insects) and tarantulas? Not so much.

The news coverage, however, scored a gold award (first place) in the ACE competition. Judges lauded the  coverage by yours truly (Kathy Keatley Garvey, communications specialist, UC Davis Department of Entomology and Nematology), as "great work, nice coverage" but commented that the chancellor and dean weren't too "keen on interacting with the insects." (No, they did not ask to cuddle a cockroach!) Science writer Gregory Watry of the College of Biological Sciences won a silver award in the ACE competition.
The award was one of 10 that communicators affiliated with UC Davis will receive at the ACE conference set June 24-27 in San Antonio, Texas.

Science writer Gregory Watry of the College of Biological Sciences won a silver award  in the promotional writing category for his story, ‘Feeding the Future: Growing Stronger Crops.” (Entry: https://bit.ly/2vZYZyz)

ACE, headquartered in Morton Grove, Ill., and founded in 1913, is a non-profit international association of communications, educators and information technologists. 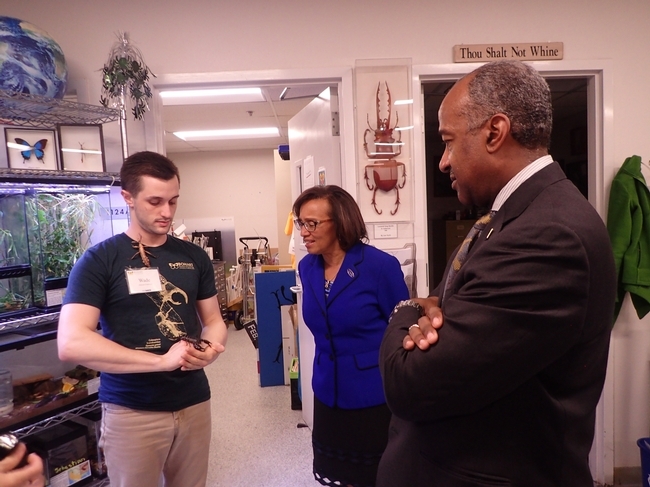 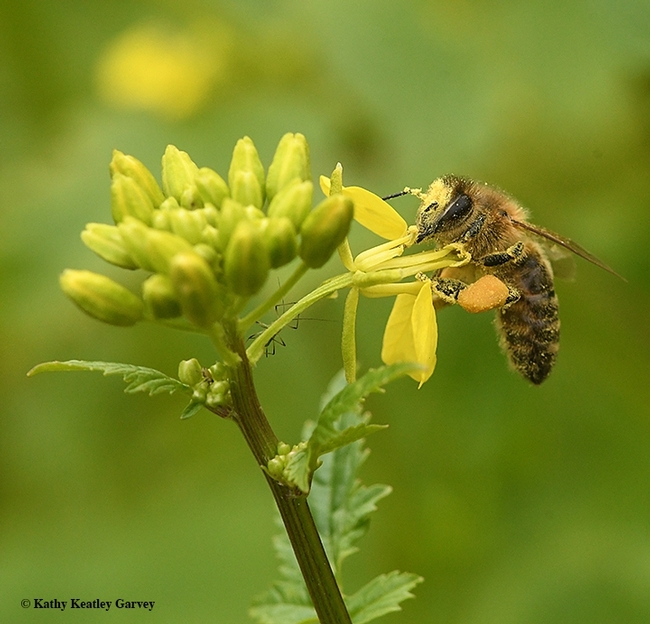 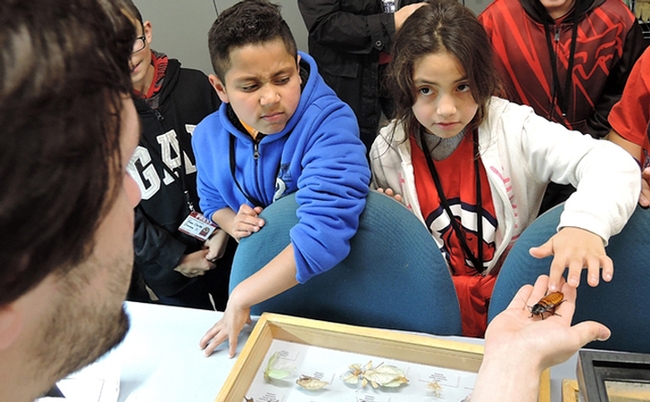 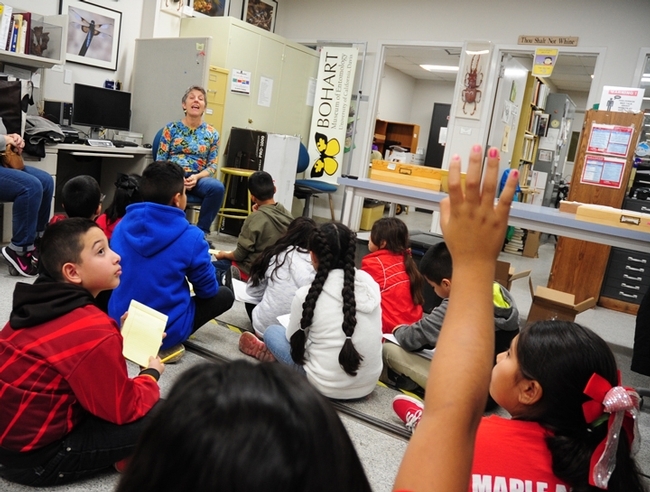 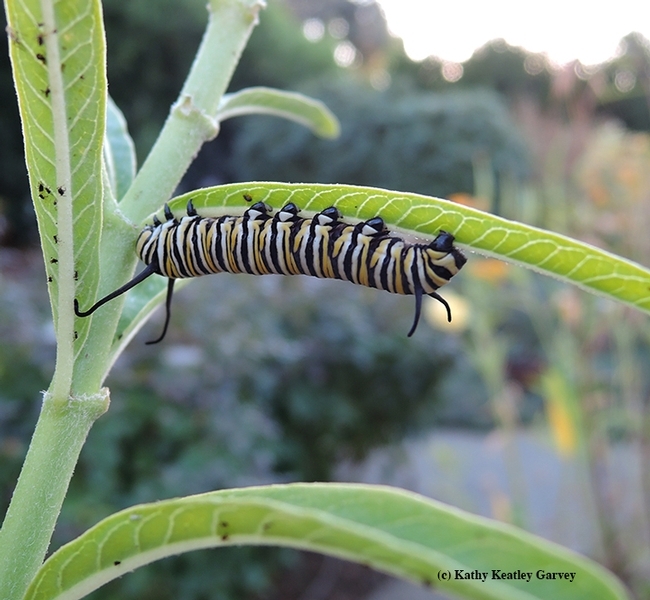 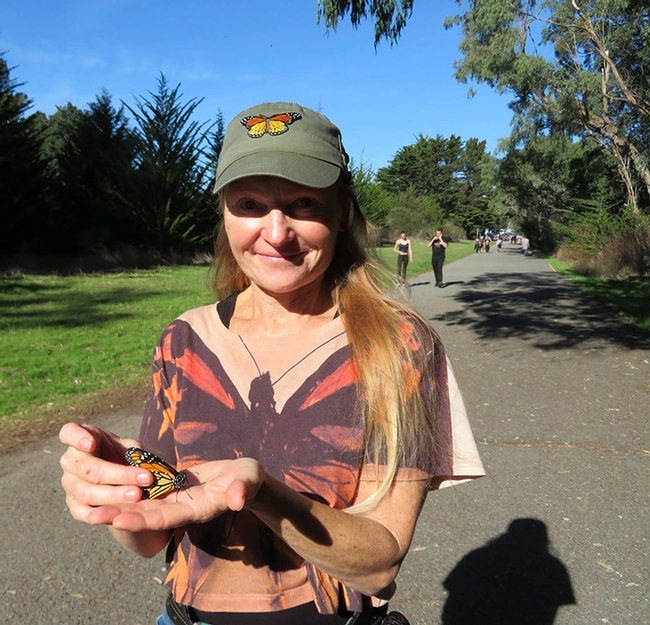 Two communicators based at the University of California, Davis, and affiliated with the UC Agriculture and Natural Resources, won a total of five awards for their writing and photography in a competition sponsored by the international Association for Communication Excellence in Agriculture, Natural Resources, and Life and Human Sciences (ACE). The awards were presented at the ACE meeting, held June 13-16 in New Orleans.

Steve Elliott, communication coordinator for the Western Integrated Pest Management Center, received a gold award (first place)  promotional writing for his story, "Safflower Makes an Areawide IPM Program Work. published in the newsletter, Western Front. Judges scored his work 100 out of a possible 100. They wrote: "You had me at Rodney Dangerfield. Very creative, the lead drew me right in wanting to read more. Excellent flow, packed with information in a narrative style. Congratulations on the terrific analytics for the newsletter."

He also received a bronze (third place) for his photo essay, "Loving the Land of Enchantment." Judges wrote: " Good variety of shot sizes which keeps it interesting. Diversity of stories along with photo content is engaging, and sticking to the IPM theme helps. There is so too much text info that it was difficult wade through. The words compliment the photos instead of the usual where the story supersedes the photos." This WSU traveler was featured in a Bug Squad blog that won an ACE award. (Photo by Kathy Keatley Garvey)
Kathy Keatley Garvey (yours truly, the bug blogger), communications specialist for the UC Davis Department of Entomology and Nematology, received: 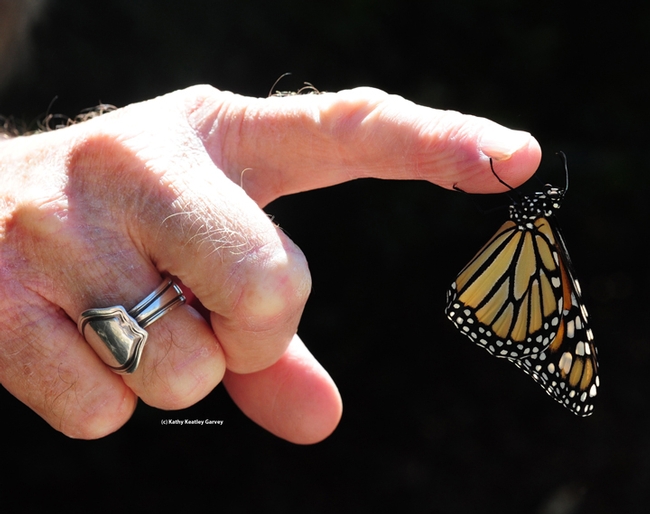