Eric Mussen
Ten UC Davis faculty or staff who specialize in honey bees, native bees or affiliated topics will be among the 16-plus speakers at the 40th annual Western Apicultural Society (WAS) conference, to take place Sept. 5-8 in the Activities and Recreation Center (ARC), UC Davis campus. Neal Williams
"We're excited to have our UC Davis contingent--widely recognized for their varied expertise--join our speakers from all over the country and from Canada," Mussen said. Elina Lastro Niño
Many of the UC Davis faculty will address the crowd on Thursday, Sept. 7: Christine Casey
On Thursday afternoon, several UC Davis faculty or staff will join beekeeper/scientist Randy Oliver of Grass Valley in presentations and a tour of the Harry H. Laidlaw Jr. Honey Bee Research Facility and the adjacent bee garden from 1 to 4 p.m.  Several education stations will be set up, Mussen announced. Staff research associate Bernardo Niño will discuss various beehive iterations; Randy Oliver will cover how to determine various levels of nosema and varroa infestations; Brian Johnson will explain how to prepare honey bees for the molecular study of Africanized honey bees; and program representative Christine Casey of the department's bee garden, the Häagen-Dazs Honey Bee Haven, will discuss planting for a bee garden and garden maintenance.

Casey also will lead a tour of the haven at 9:30 a.m. on Wednesday, Sept. 6. “The Haven is a unique outdoor museum designed to educate visitors about bees and the plants that support them," she says. "Tour participants will see some of our 85 bee and 200 plant species, learn about our outreach and research programs, and gain ideas for their own bee gardens." Other tours are to Mann Lake facility and Z Specialty Foods, both in Woodland.

On Friday, Sept. 8, Extension apiculturist emeritus Eric Mussen will moderate a panel on “Pesticide Toxicity Testing with Adult and Immature Honey Bees.” The panel will convene at 9:15 a.m. At 1:30 on Friday, assistant professor Rachel Vannette of UC Davis will discuss “Variation in Nectar Quality Influence Pollinator Foraging." She studies floral nectar chemistry and microbiology and examines how these characteristics of flowers mediate interactions between plants and pollinators

Honey Tasting: Amina Harris, director of the Honey and Pollination Center at the Robert Mondavi Institute of Wine and Food Science, UC Davis, will lead a moderated honey tasting at 11 a.m. on Wednesday, Sept. 6.  The event is titled “Taste the Honey Flavors of the West: How Understanding the Nuances of your Honey Can Help You Market your Perfect Sweet.” Said Harris: "Basically I plan to discuss the diversity and life styles of non-Apis bees to show how different most are from honey bees."

Memories: The founders of WAS will discuss "how it all began" from 8:45 to 9:30 a.m. on Wednesday, Sept. 6. The organization, founded at UC Davis, was the brainchild of Norm Gary, then professor of apiculture (now emeritus), who served as the first WAS president. Assisting him in founding the organization were Eric Mussen, then an Extension apiculturist who was elected the first WAS vice president; and postdoctoral fellow Becky Westerdahl, now a nematologist in the department, who held the office of secretary-treasurer.

More information on the conference is available from the WAS website or contact Eric Mussen, serving his sixth term as president, at ecmussen@ucdavis.edu. Registration is underway at http://www.westernapiculturalsociety.org/2017-conference-registration/ 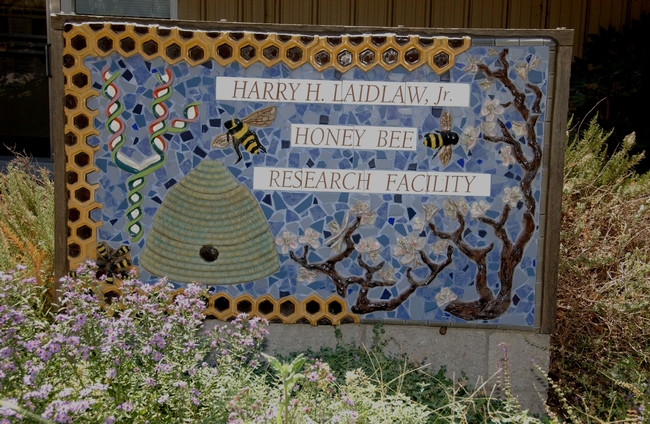 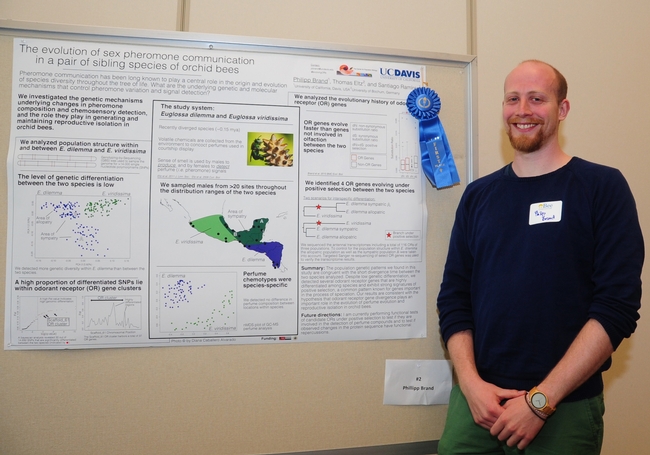 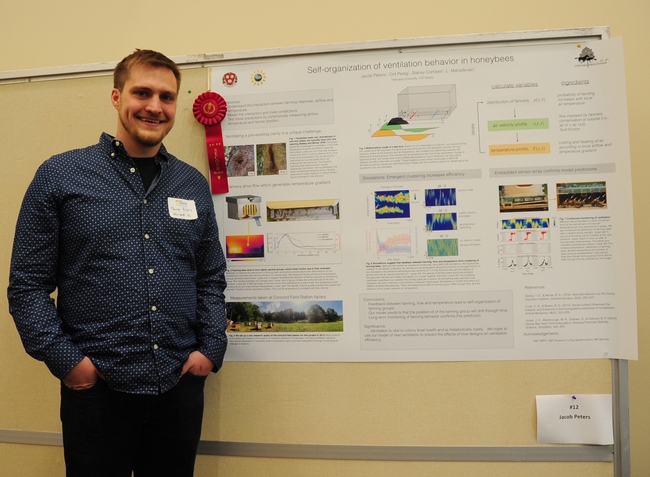 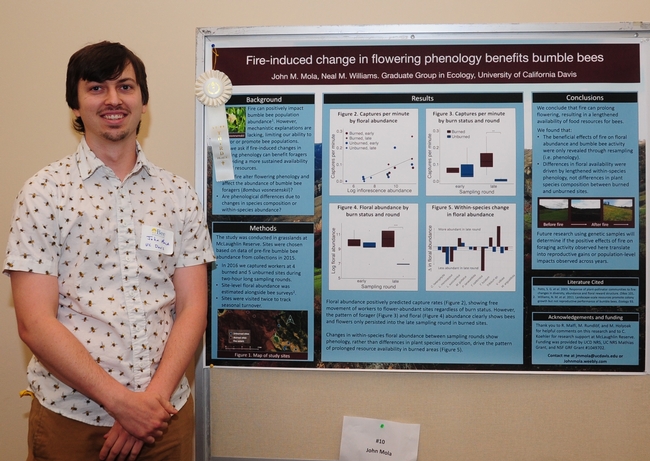 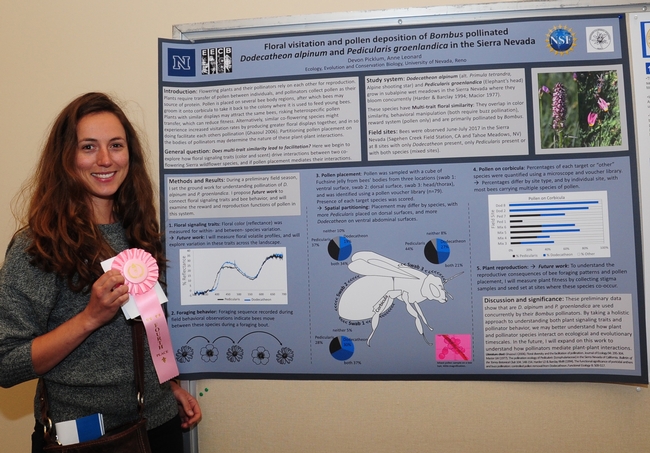 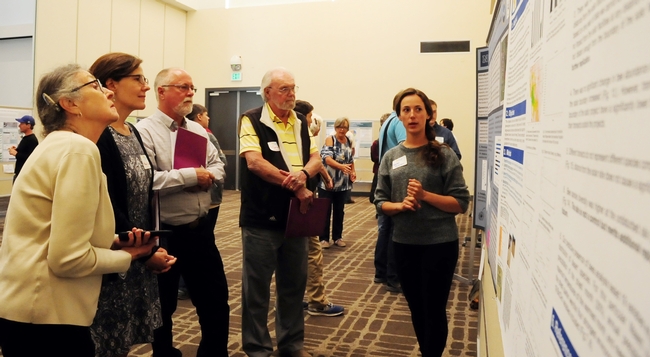 Amina Harris
It's all the buzz.

The inaugural California Honey Festival, set Saturday, May 6 in downtown Woodland, promises to be both educational and entertaining, says coordinator Amina Harris, director of the UC Davis Honey and Pollination Center, Robert Mondavi Institute for Wine and Food Science.

The event, scheduled from 10 a.m. to 5 p.m.,  will stretch four blocks on Main Street and side streets. It is free and open to the public.

Beekeepers will compete for prizes and bragging rights in the Wildflower Honey Contest (submissions are due March 15). See http://californiahoneyfestival.com/honey-contest/

The event is coordinated by the UC Davis Honey and Pollination Center.  Sponsors include the National Honey Board, the American Beekeeping Federation.

“The California Honey Festival's mission is to promote honey, honey bees and their products, and beekeeping through this unique educational platform, to the broader public,” said Harris. “The scope of the event includes a culinary stage, a garden stage, a speakers' forum in the Woodland Opera House, kids' zone, live entertainment and loads of vendors and food. In addition, restaurants in Woodland will have honey centric menus and drinks enhanced with honey. Mead anyone? We have a Mead Speakeasy with five meaderies already signed up.”

Margaret Lombard, chief executive officer of the National Honey Board, based in Firestone, Colo., will be among those speaking on the Beekeeper Stage, one of five stages at the festival.

Among the entertainers, as of Feb. 24: Mike Blanchard and the Californios, City of Trees Brass Band, Boca do Rio, Joe Craven and the Sometimers, Jared Johnson, Hannah Mayree, and the Gold Souls.

Education platforms will feature the Honey Flavor and Aroma Wheel, a project of the UC Davis Honey and Pollination Center; a bee demonstration hive; and posters on pollinators, the life cycle of bees, and bee threats, including pesticides, pests and pathogens.

Vendors will include beekeepers, bee clubs, honey packers, beekeeping supplies, crafts people, food vendors, Harris said. She is seeking volunteers to help with the festival; she may be reached at aharris@ucdavis.edu or 530-754-9301. In addition, there's still time to fill out a vendor application form; sign up for educational and entertainment activities, and become a sponsor.

It will be a busy weekend, Harris said, noting that the third annual UC Davis Bee Symposium, "Keeping Bees Healthy," will take place on Sunday, May 7 in the UC Davis Conference Center, the day after the California Honey Festival.  The educational program is designed for beekeepers of all experience levels, including gardeners, farmers and anyone interested in the world of pollination and bees. The event will include speakers, displays of graduate student research posters, the latest in beekeeping equipment, books, honey, plants, "and much more," Harris said.