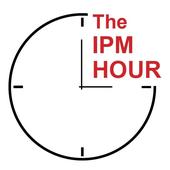 One is prevention, which can be aided by evaluating which species pose a high risk of becoming harmful in the future. Another is selecting the best control techniques for a given management situation. Cal-IPC has projects addressing both of these needs: one project teams with...

The global horticultural trade in ornamental plants is well known to be a primary source of non-native invasive plant introductions worldwide. In the United States, non-native species make up as much as 80% of the ornamental nursery stock and account for most nursery revenue. Although only a small percentage of these species escape cultivation and become invasive, the large number and diversity cultivated, especially in California, results in ornamental plants contributing to more than half of the invasive weeds currently damaging California's wildlands and remnant natural areas in urban landscapes.

The majority of ornamental plants are purchased and grown by the public. Thus, educating consumers to make informed choices towards...

However, sometimes there is a particular plant that is just so terrifying that it lends itself to coverage in a major news outlet, as was the case for this article about giant hogweed (Heracleum... 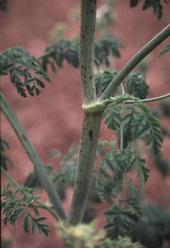 Was happy to hear a Cap Public Radio story this morning about poison hemlock (Conium maculatum). I had some thoughts on the report.

1) Poison hemlock is not native to Nevada, as the story suggested... it's a European weed (think Socrates). Maybe the writers heard "naturalized".

2) People don't normally get violently ill just from touching poison hemlock. (I wouldn't roll around in it, though, and I would wash hands after touching it.)

There is already a wall on our southern border, apparently, made of arundo (giant cane). This NY Times feature discusses US - Mexico cooperation in tackling the giant grass. Great pictures, too.

Arundo is also a big deal in California. Locally, it is one of the target species in the Delta Regional Areawide Aquatic Weed Project.