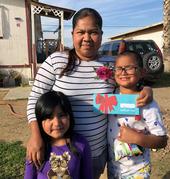 As the gravity of the COVID-19 pandemic hit communities across the U.S. in mid-March 2020, the policy team at UC Agriculture and Natural Resources' Nutrition Policy Institute received an urgent email from a longtime partner in the San Joaquin Valley.

The colleague was writing on behalf of community groups concerned that pandemic-related school closures would jeopardize school meal... 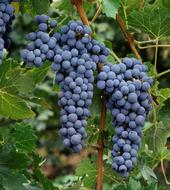 Warming temperatures over the past 60 years have led to increased wine quality, but a

To help farmers establish connections with restaurants and produce sellers, Catherine Brinkley, director of UC Davis Center for Regional Change, has created online resources for markets and farmers to identify opportunities to build relationships. Shoppers browse a farmers market in Oakland in 2017.

Over the past year, many farmers have had to navigate rapid shifts in marketing practices since the COVID-19 pandemic disrupted traditional food-supply systems. During this time, establishing relationships with local vendors has become necessary for growers to maintain and increase profits.

To create a more connected and sustainable environment for local farms and markets, it has become crucial to understand the network of growers and identify critical gaps and central hubs in regional food systems, according to University of California Center for Regional Change Director Catherine Brinkley.

To help farmers establish connections with restaurants and produce sellers,...

Carrots had been among the crops grown in California that did not have site-specific data to suggest the best source, rate, timing and placement of nitrogen, in the highly variable cropping seasons and locations throughout the state. That's why...