Bees can be trained to detect plant diseases
Published on: May 28, 2010 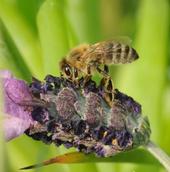 The super sensitive sensors of insects' antennae can detect vapor molecules in the low parts per billion, so a UC Davis researcher is seeking to train bees to pick up the subtle scent of plant disease before it can be seen by the human eye.

UC Davis plant pathology post-doc Andrew Sutherland designed an experiment that utilizes bees' sense of smell to alert farmers they may or may not need a fungicide spray to manage disease on their crops. 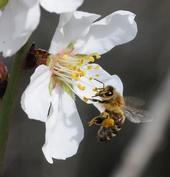 The Madera Tribune yesterday reported that an abrupt disappearance of worker bees within the last two weeks, and in some instances overnight, is spreading alarm throughout the California agriculture industry.

“We are going to have a big shortage of bees,” the story quoted Madera beekeeper Lyle Johnson. “It’s worse than four years ago. Growers don’t know it yet, but a few are starting to ask.”

"Almond prices are going up but if you don’t have the... 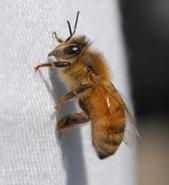 An article posted today on Salon.com said the maker of imidacloprid, Bayer CropScience, found the pesticide in the nectar and pollen of flowering trees and shrubs at concentrations high enough to kill a honeybee in minutes. That December 2007 revelation, plus beekeepers' own experiences in fields treated by the pesticide, have scientists taking a new look at imidacloprid's role in sudden, unexplained bee die-offs that have been reported around the world for the past 10 years.

Scientists have pondered whether there is a single cause of Colony Collapse Disorder or whether the phenomena results from a variety of factors,...